Last weekend we headed to The Chelsea Hotel, Toronto for another fun little family staycation with the kids. We wanted to spend the night downtown, so it would be easier to take the kids to the Toronto Santa Claus parade in the morning. We did the same thing last year and it was so convenient. The hotel was just a few blocks away from the parade route, so we were able to walk to the parade instead of dealing with traffic, and driving downtown.

We stayed in one of their Deluxe rooms with a parlour suite, and it was perfect. Our room had a king bed with a desk, seating area, tv and bathroom. The parlour suite which was attached to our room with an adjoining door, had a sitting area with a pull out couch for the kids, a dinning room area, a wet bar, tv and bathroom. This suite worked out great because we got our own space, and the kids got theirs. 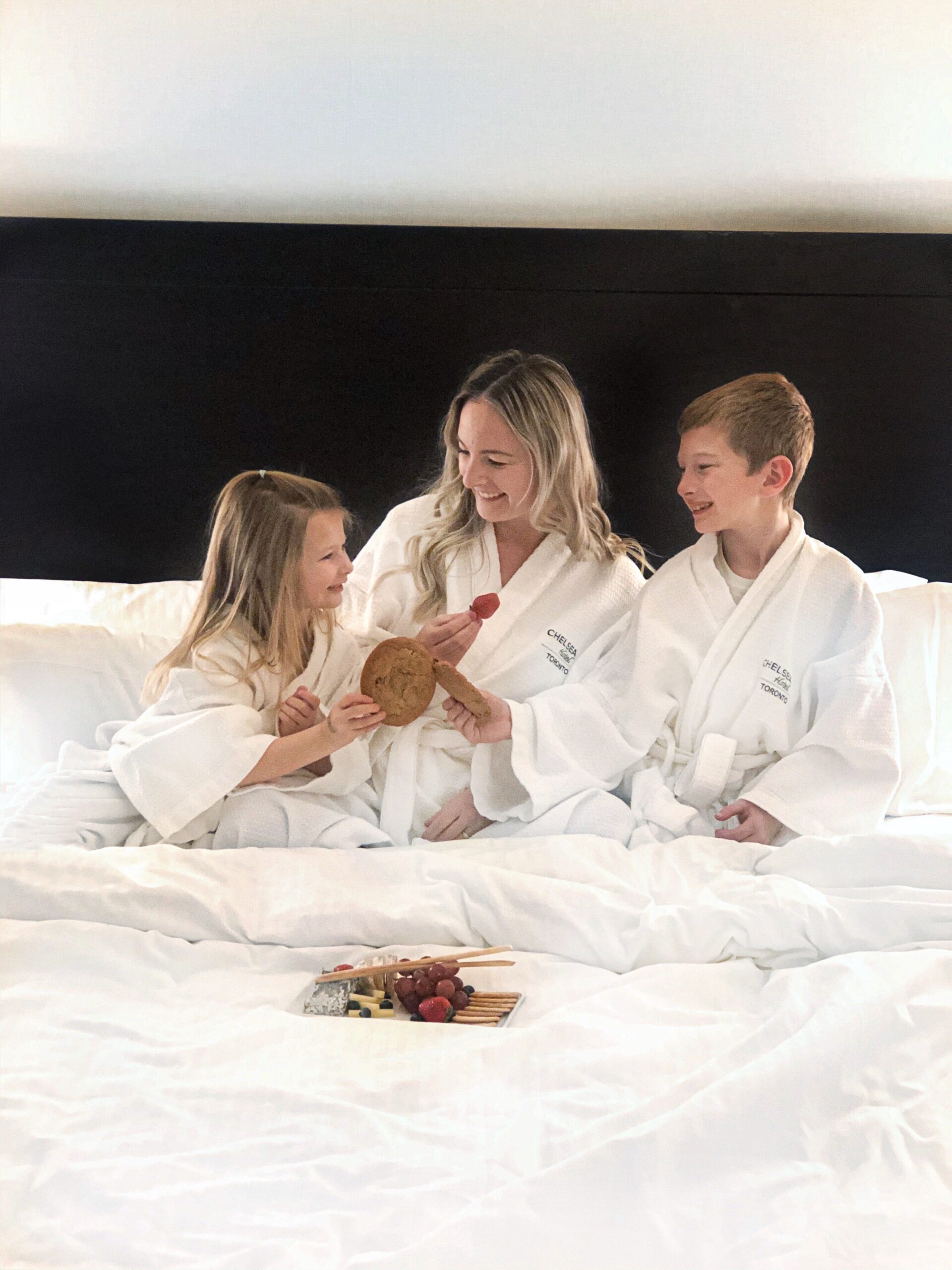 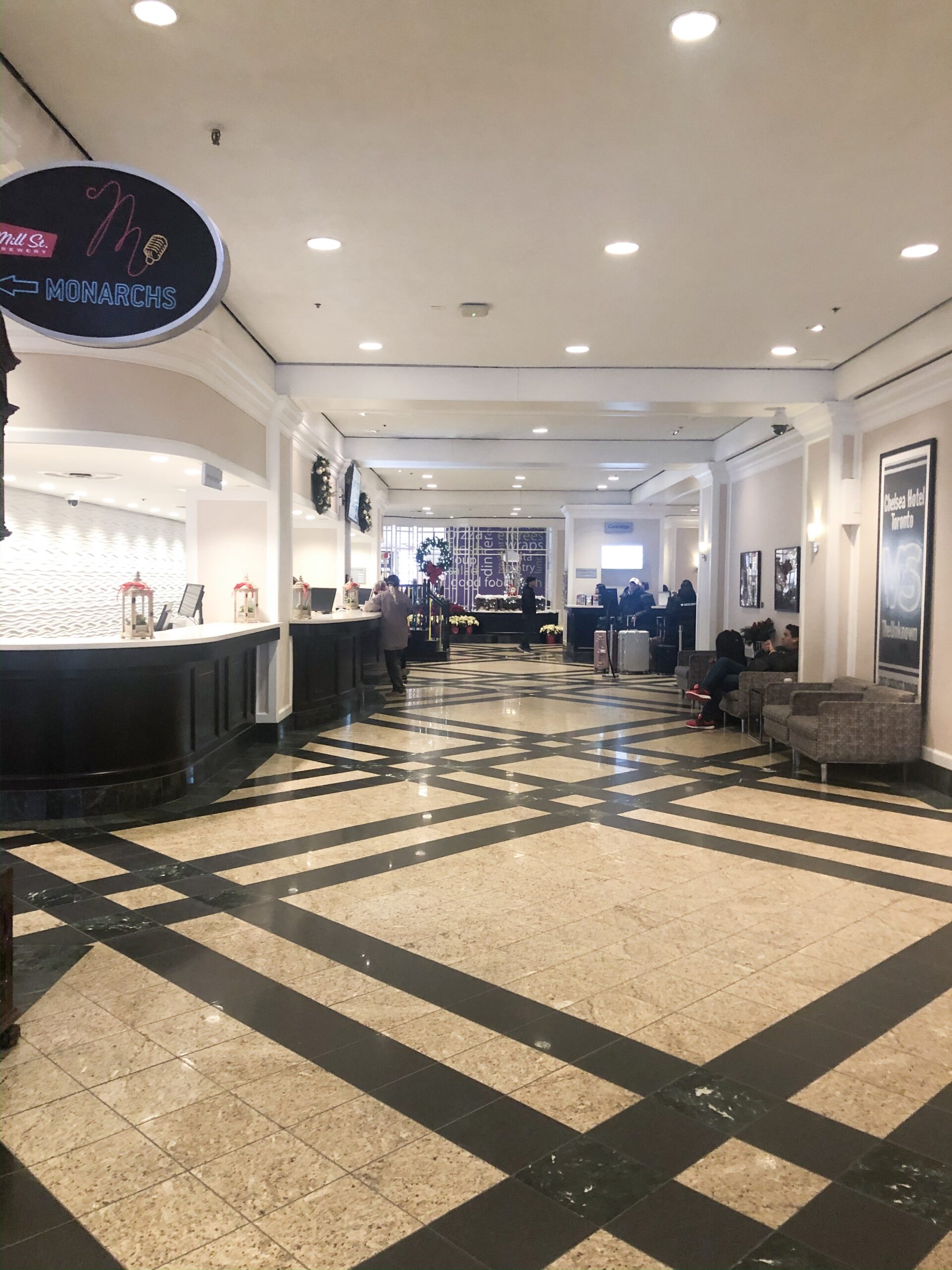 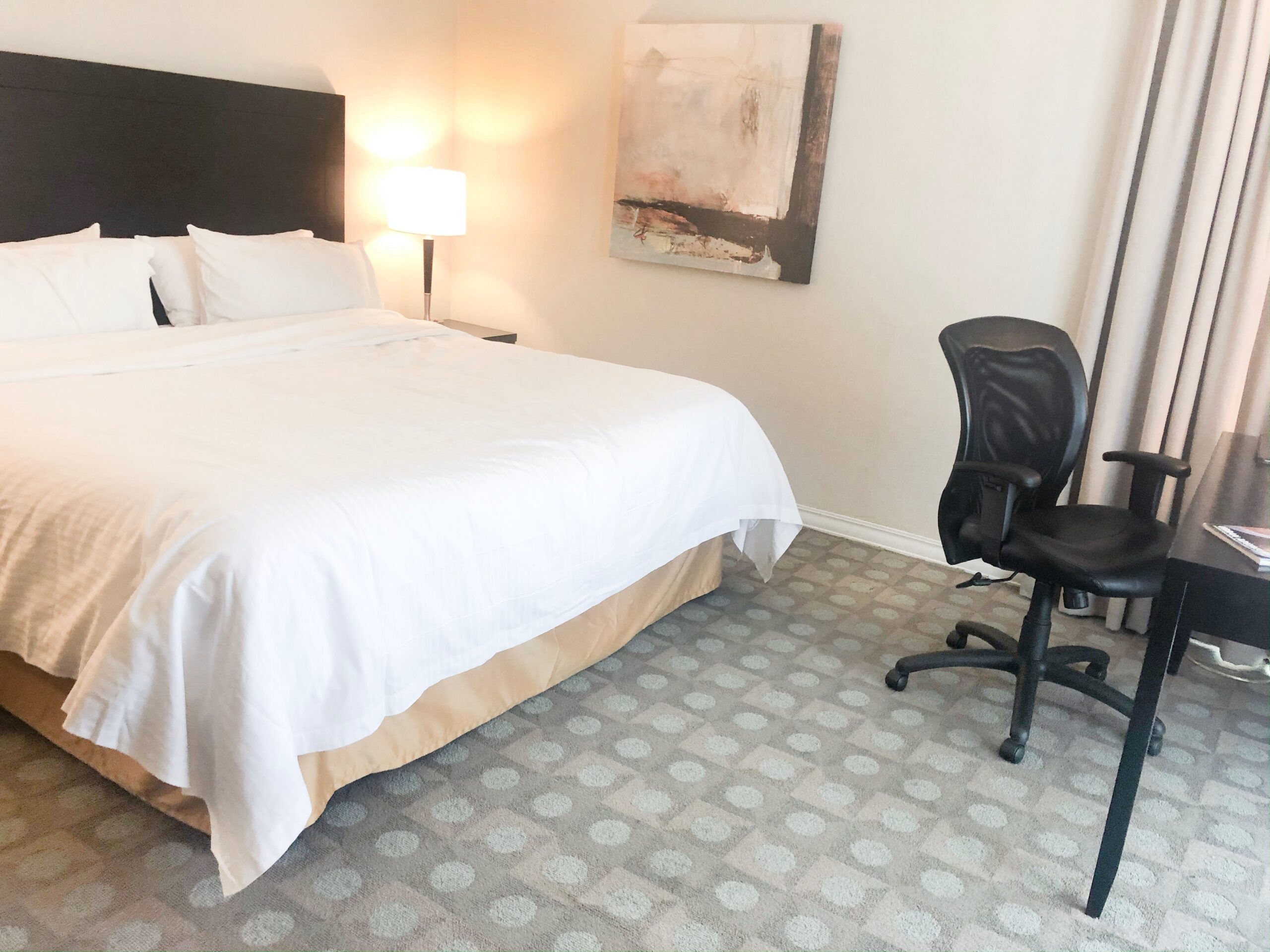 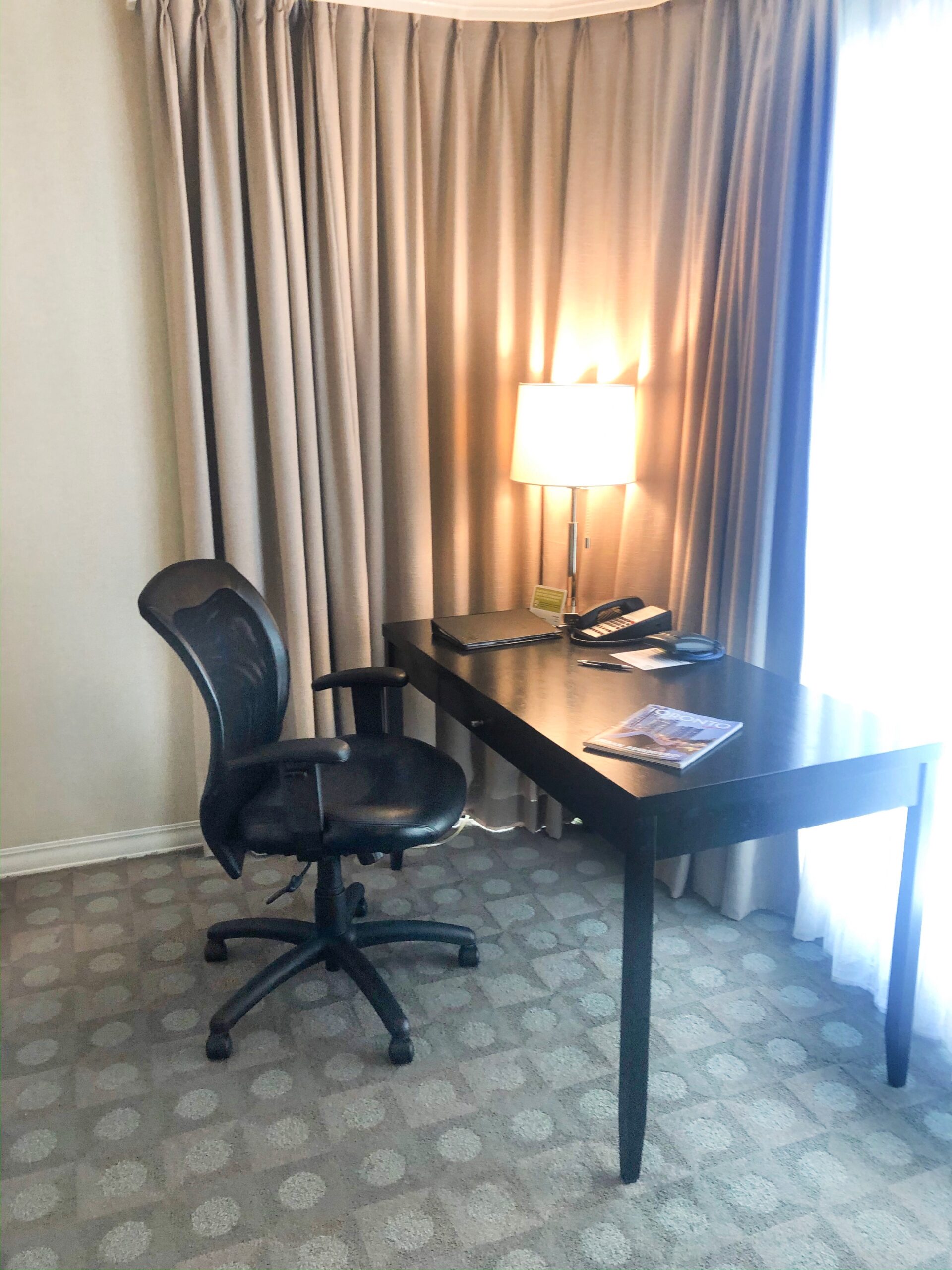 What the kids love most about this hotel is the Kids Check-In area and the Family Fun Zone!

Once we checked into the hotel, the kids got to go to a special “kids check-in” section located near the front desk, so they can check-in as well.  They get to bang on a gong, and then choose a prize out of the toy chest. I think this is such a great idea. It makes the kids feel special that they get to check in too. 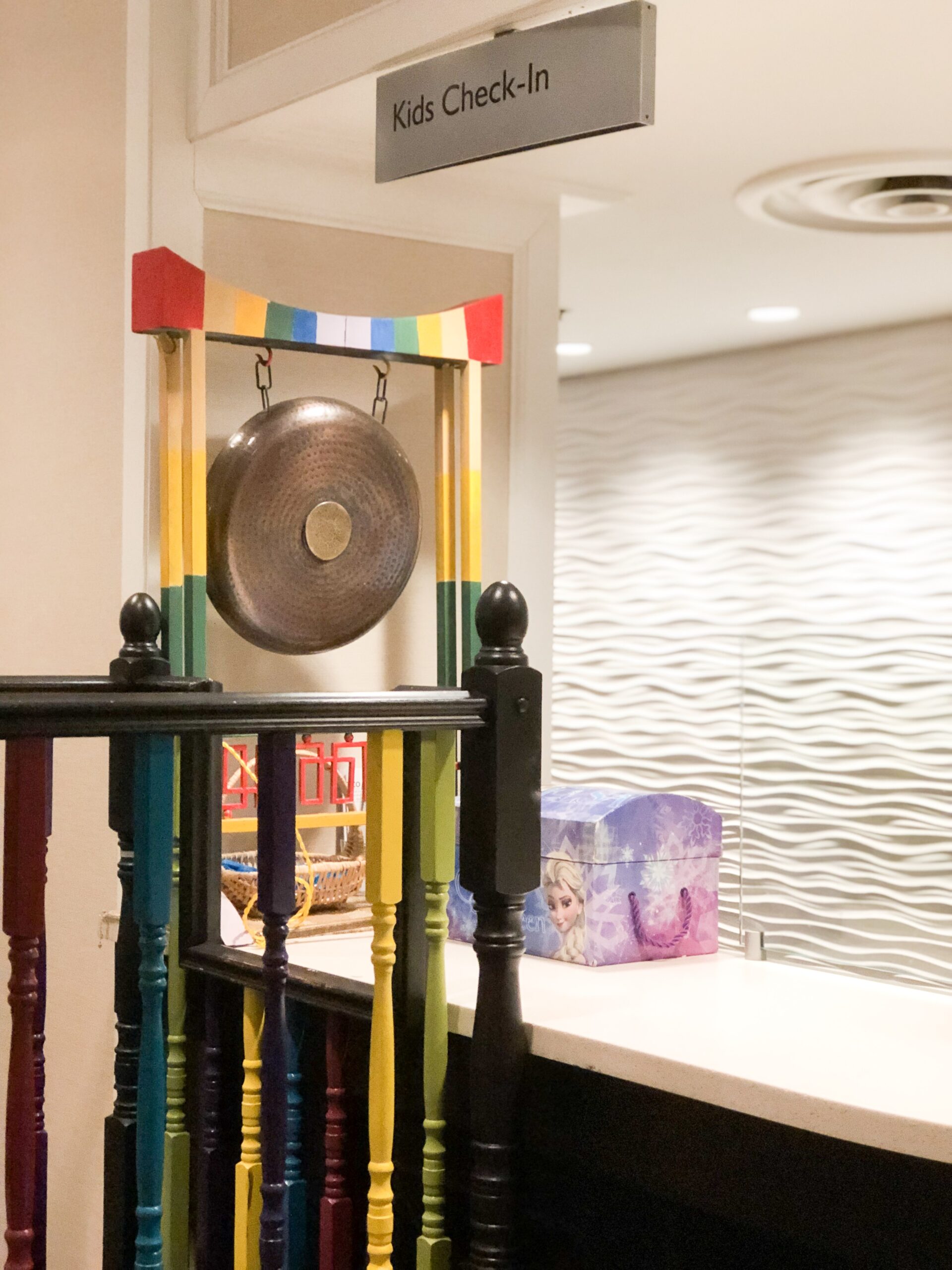 Another thing the kids love is the Family Fun Zone. Actually we love it too! They have a Kids Centre with a craft table, toys, and games for the kids. They even have a teen and adult room as well called the Club 33 Teen Lounge with an arcade game, video games and a pool table.

They also have a large heated indoor pool, a whirlpool, and a really fun corkscrew waterside!

You can honestly stay in that section for hours- so much fun stuff to do! 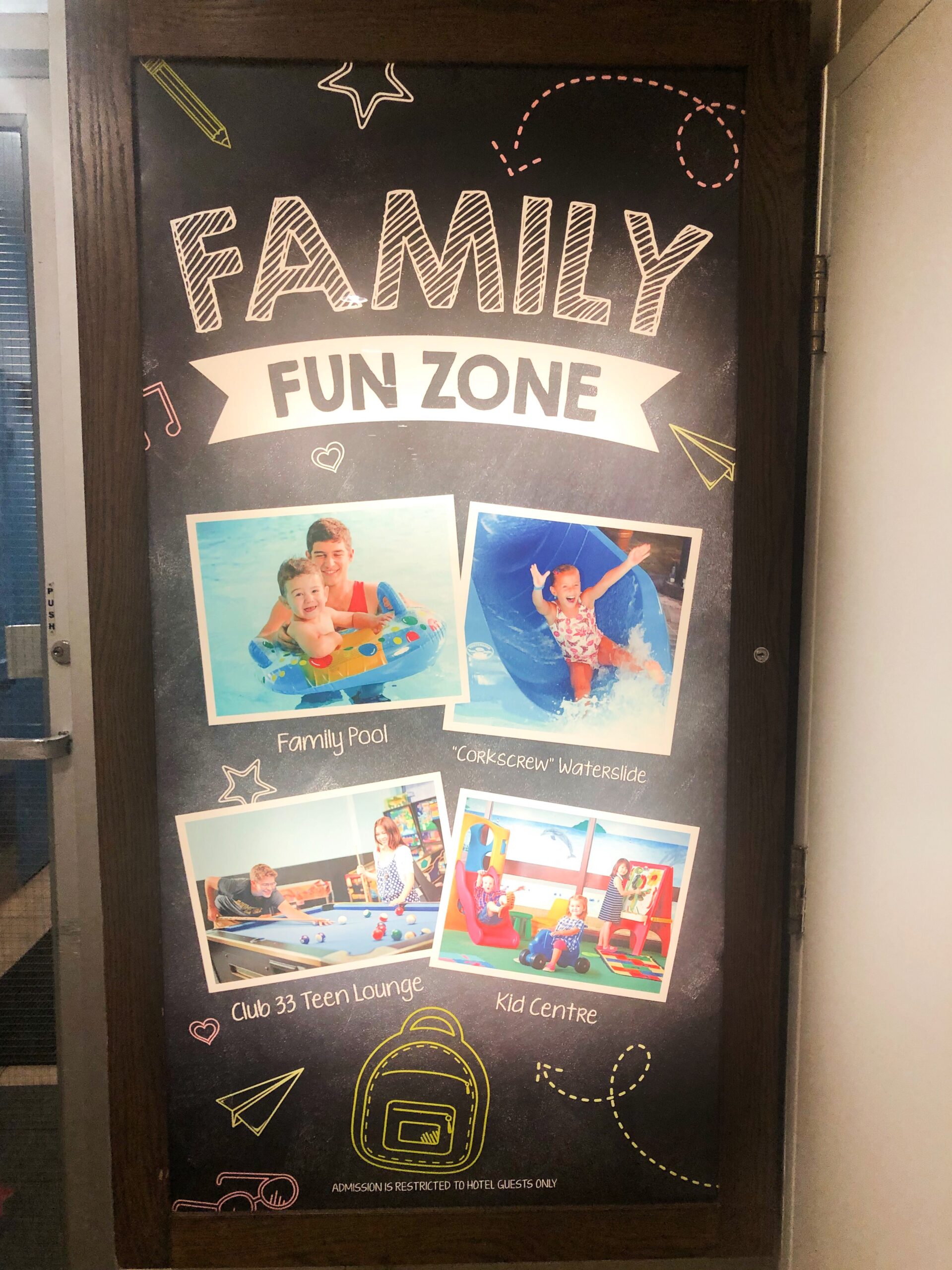 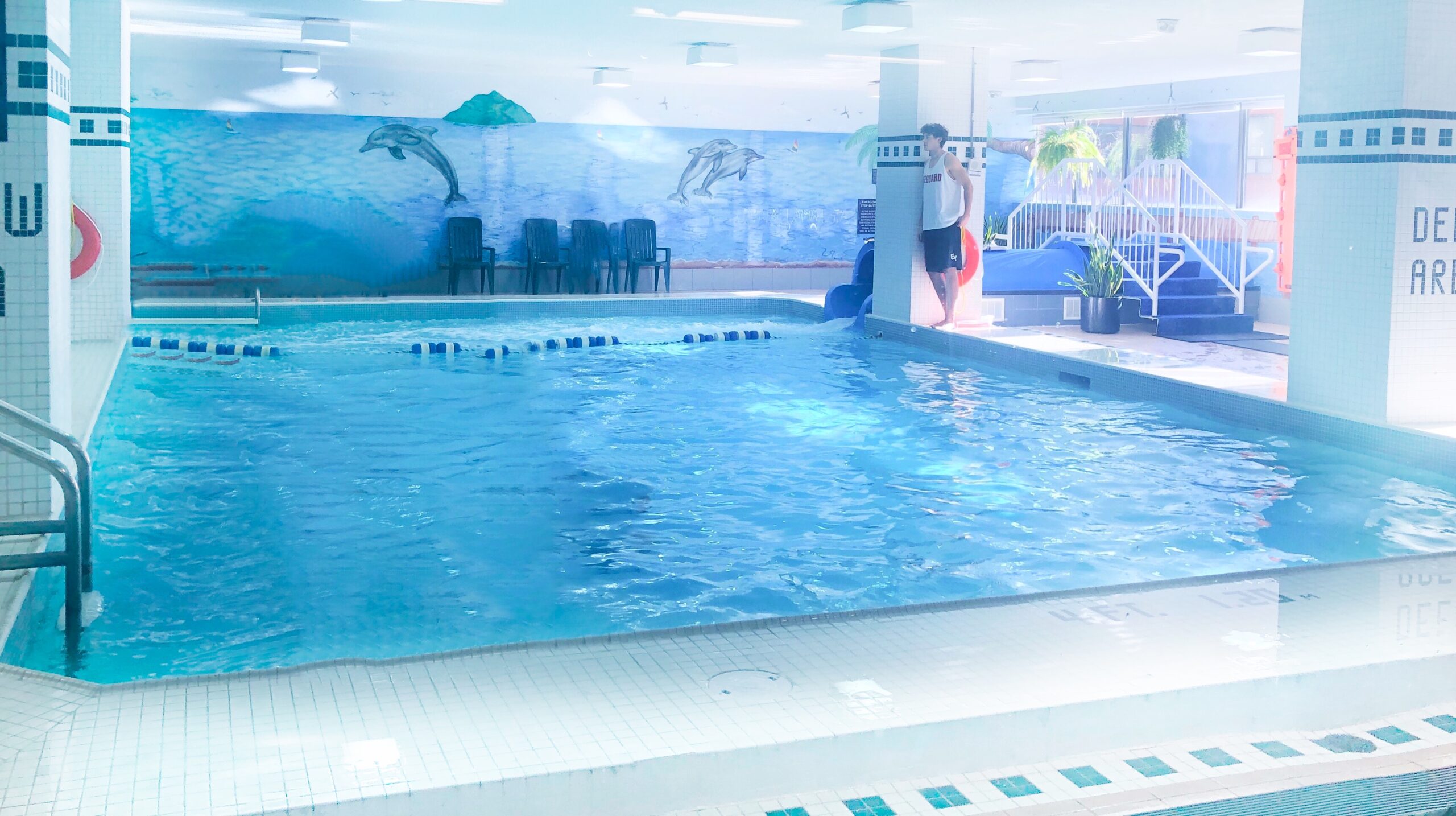 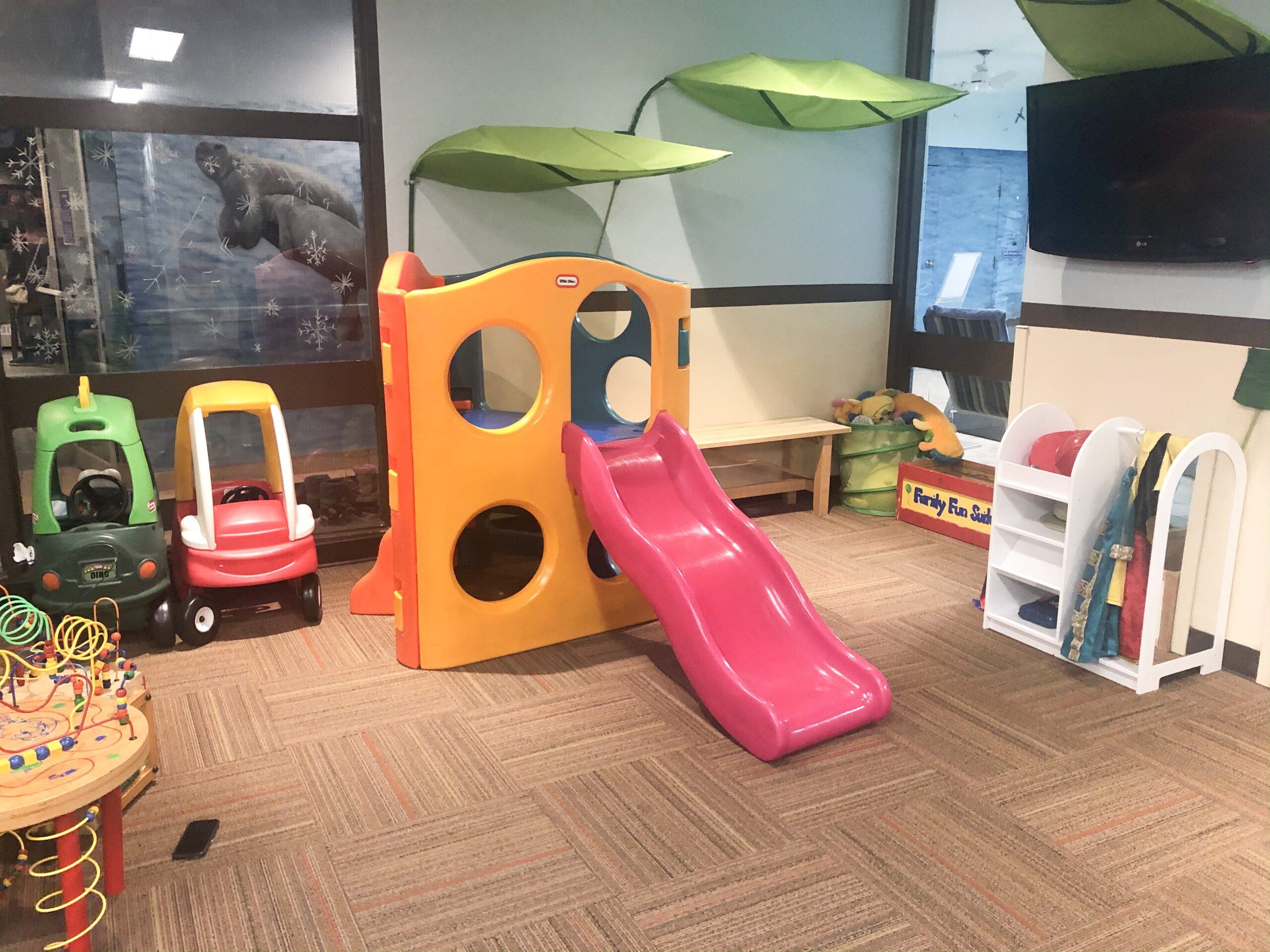 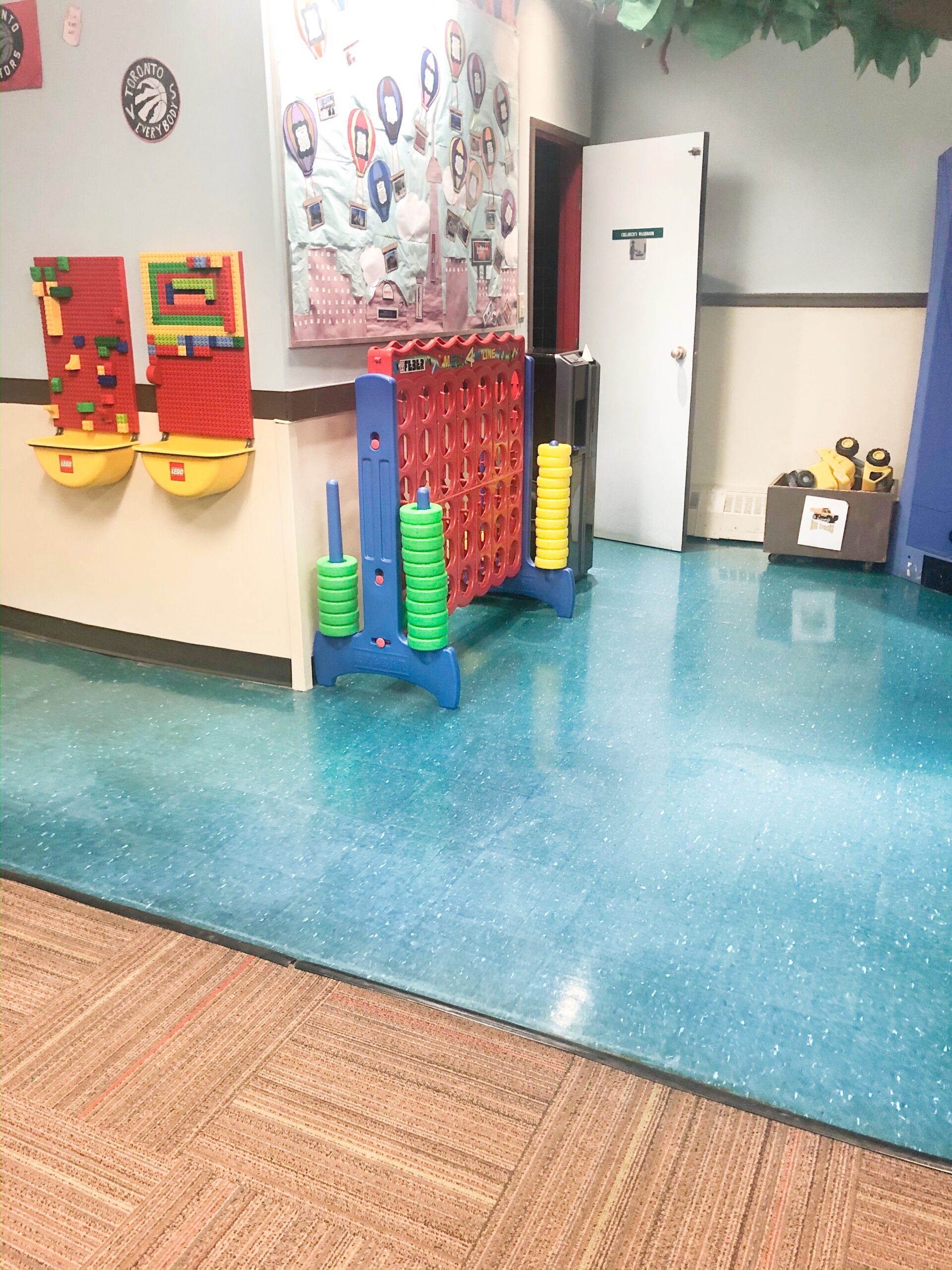 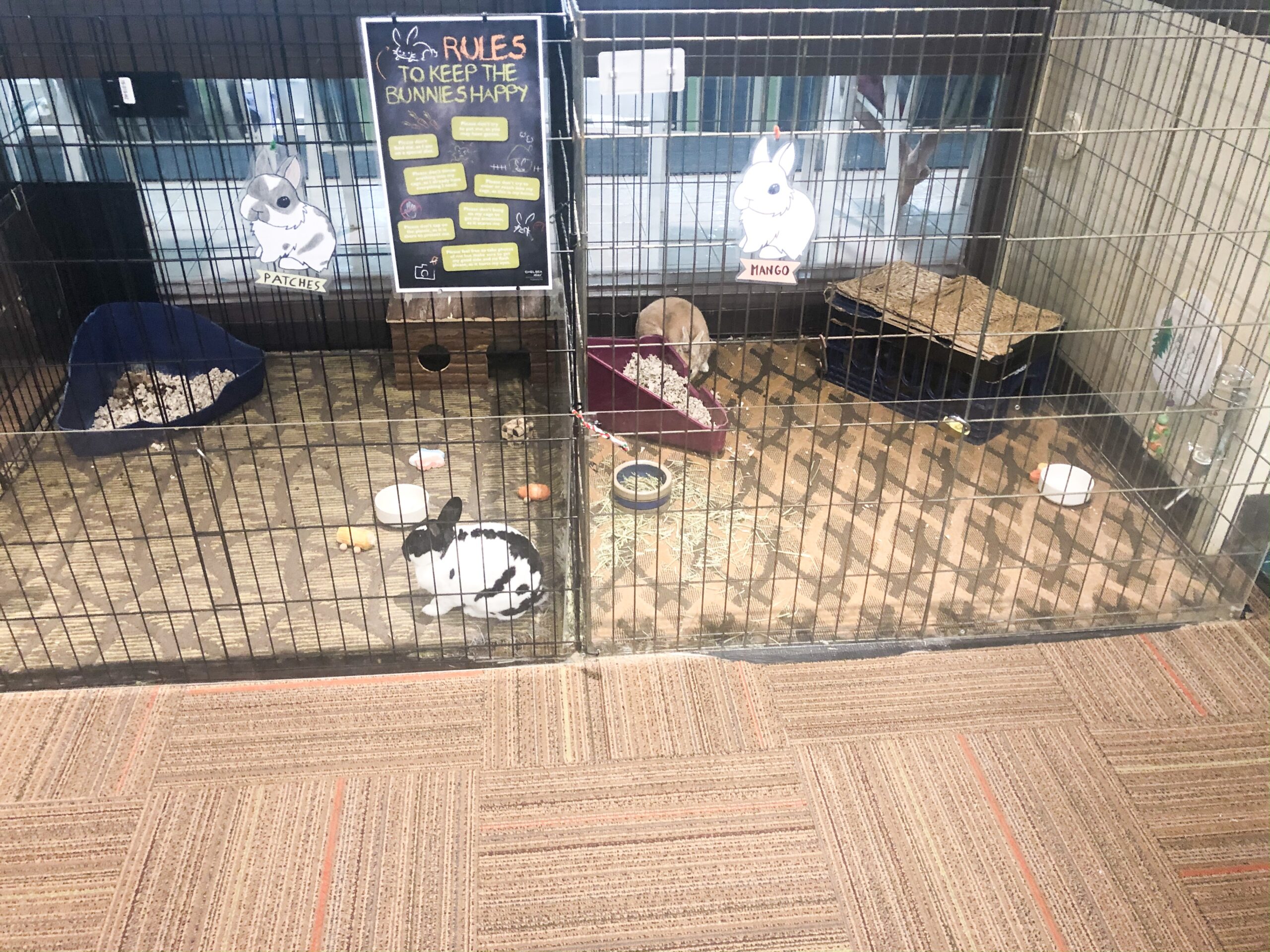 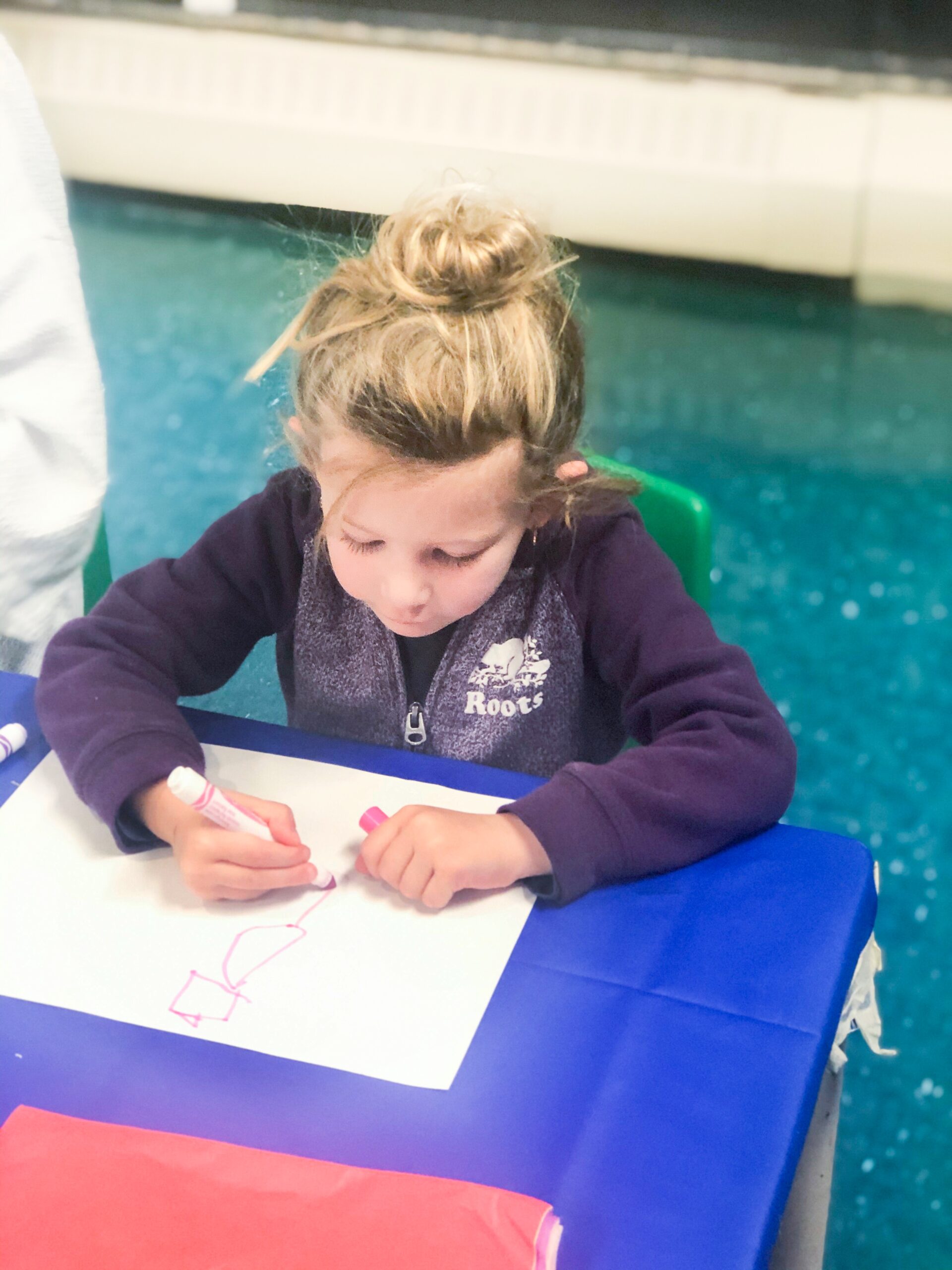 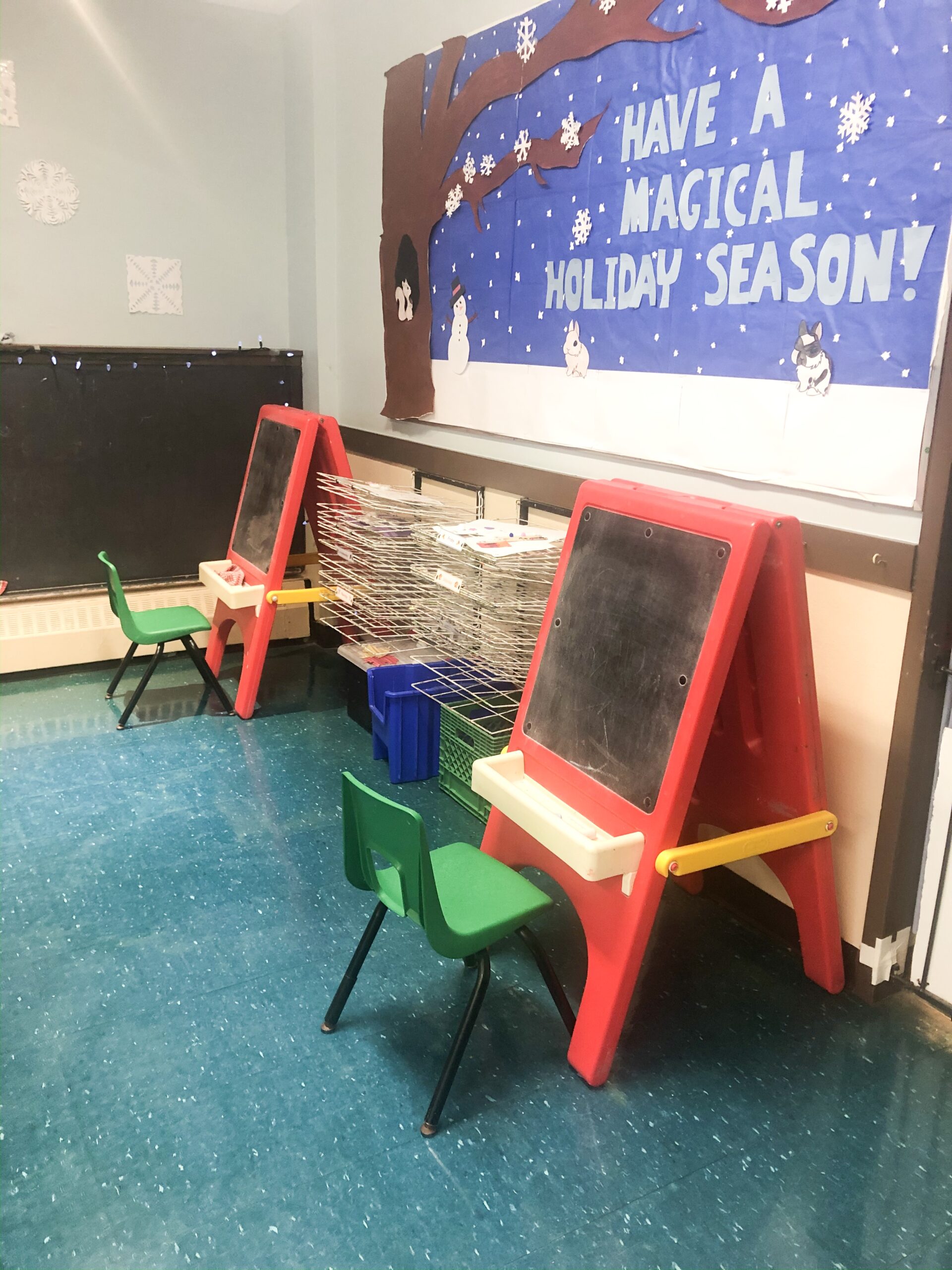 We ate at the Market Garden during our stay which was located in the lobby of the hotel. For dinner, they had a create your own pizza section as well as various other meals to choose from such as salmon, burgers, wings, pasta etc. They also had a soup and salad bar too.

For breakfast, it was an all you can eat buffet. They had everything from eggs, bacon, potatoes, to french toast. There was also a selection of fruits, cereals, breads and an omelette station. 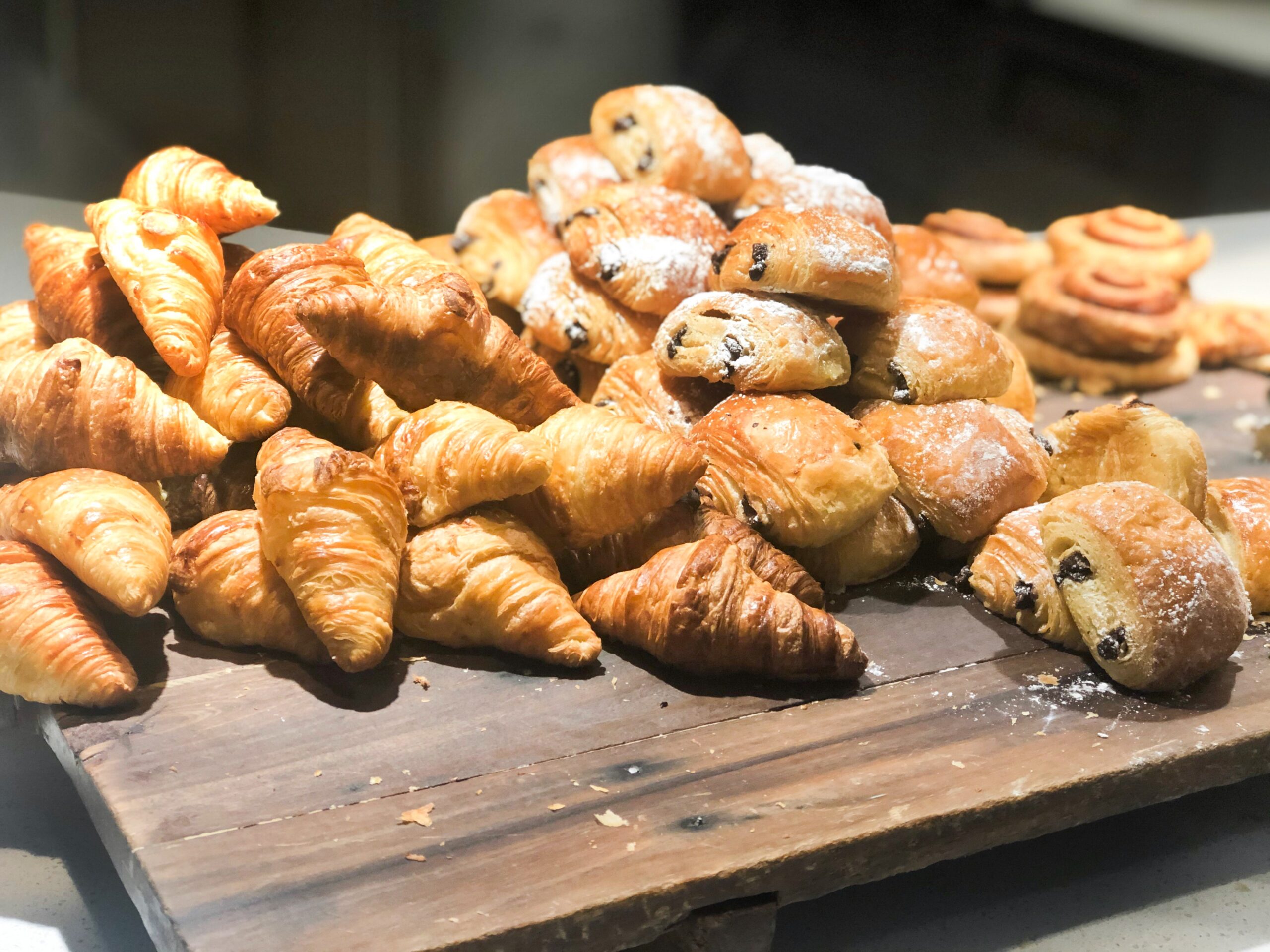 The day of the parade, The Chelsea Hotel had hot chocolate for their guests in the lobby as well as copies of the parade route. They also provided candy canes for kids which I thought was really nice.

After the Santa Claus Parade, we walked over to the Eaton Centre to do some Christmas Shopping! We also wanted to show the kids the big Christmas tree inside, and the window displays at the Hudson’s Bay. 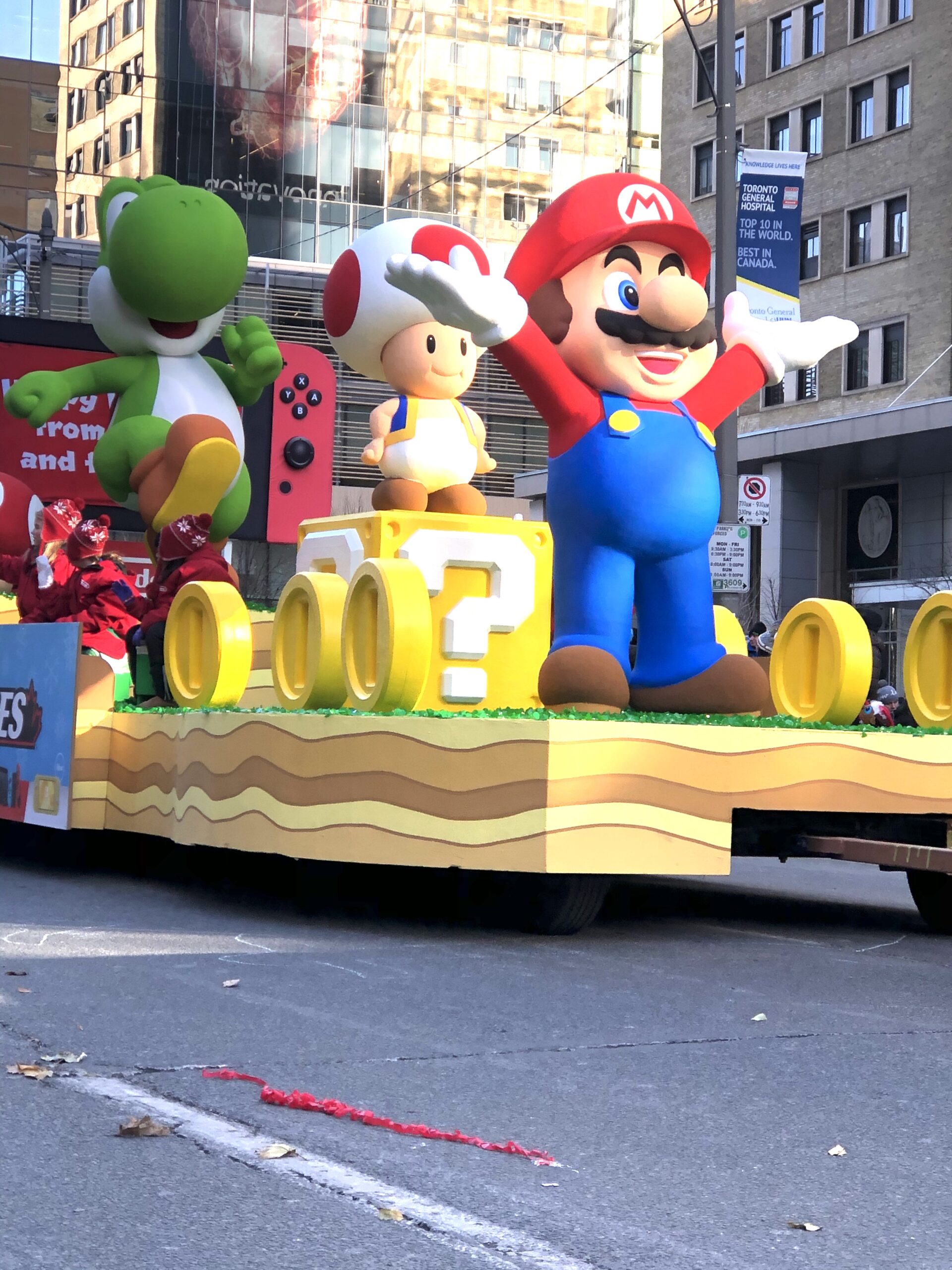 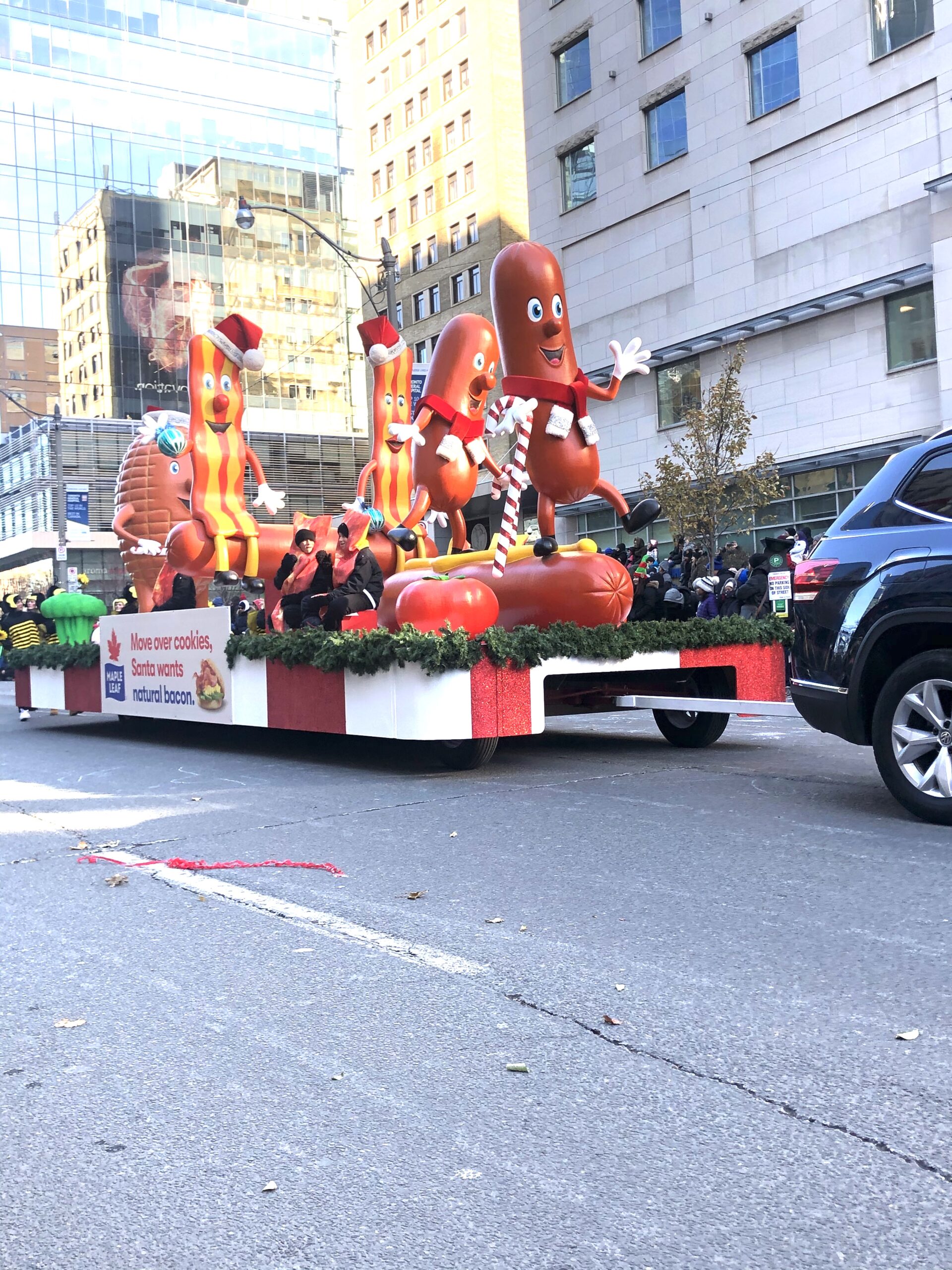 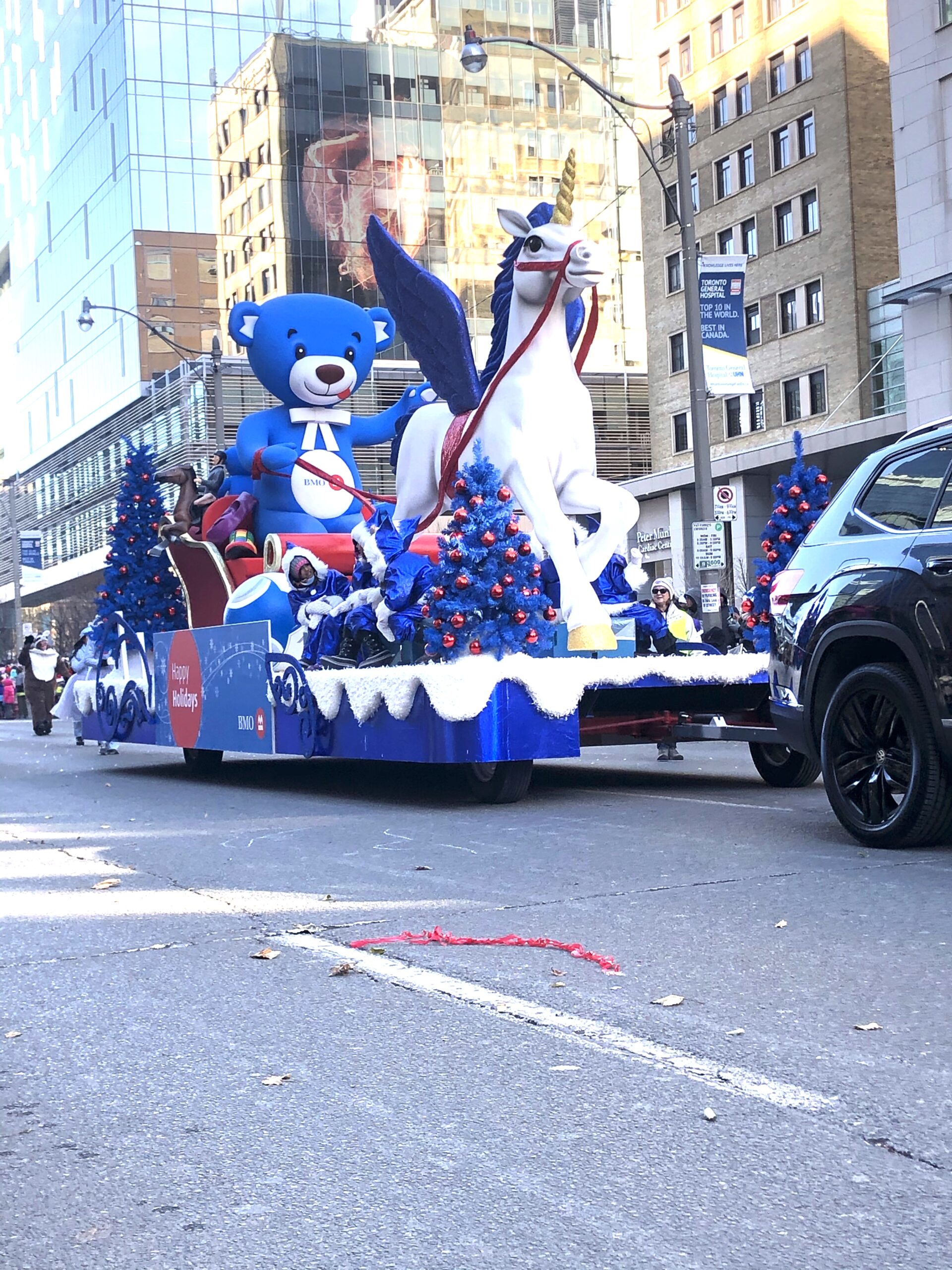 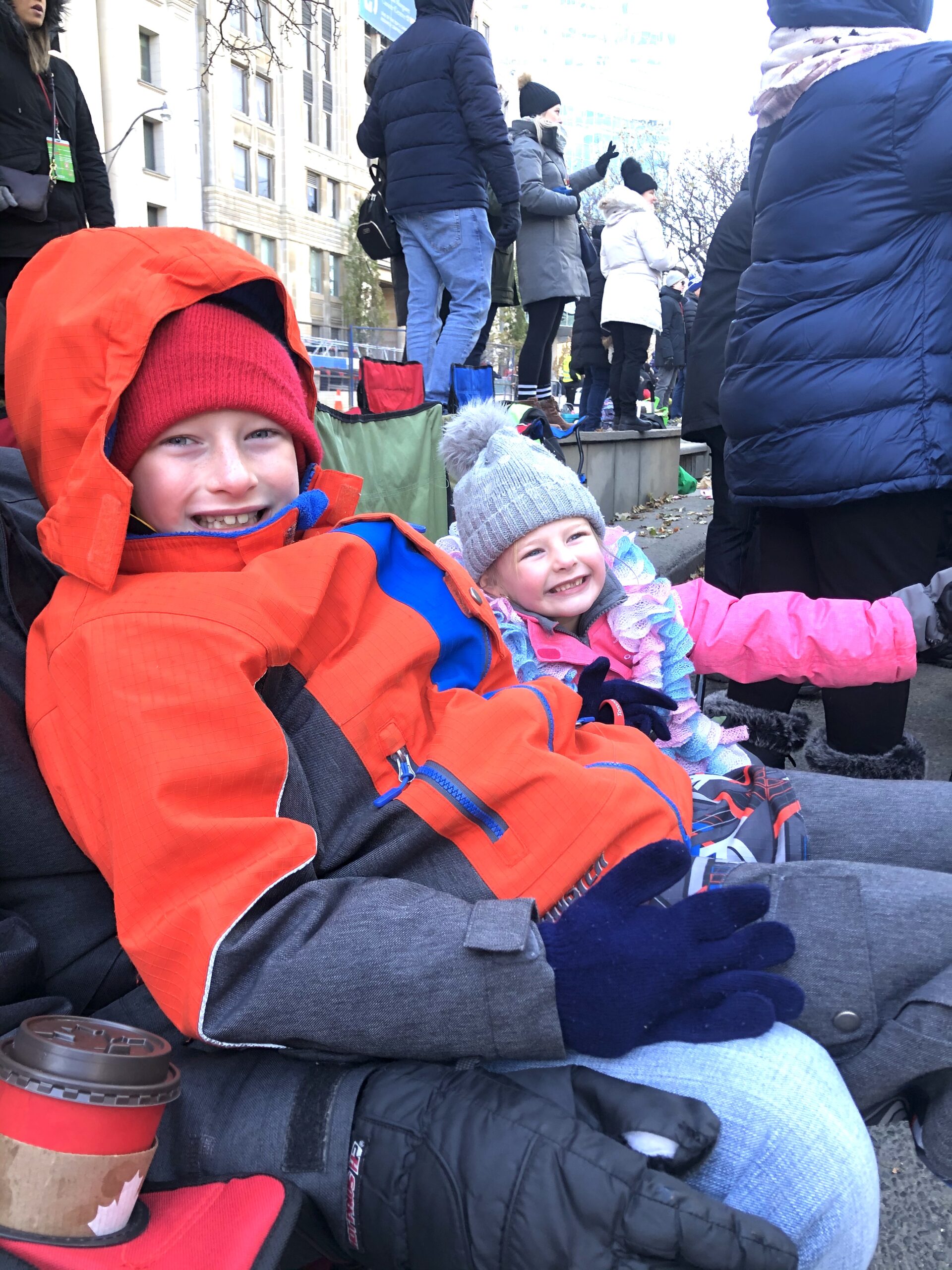 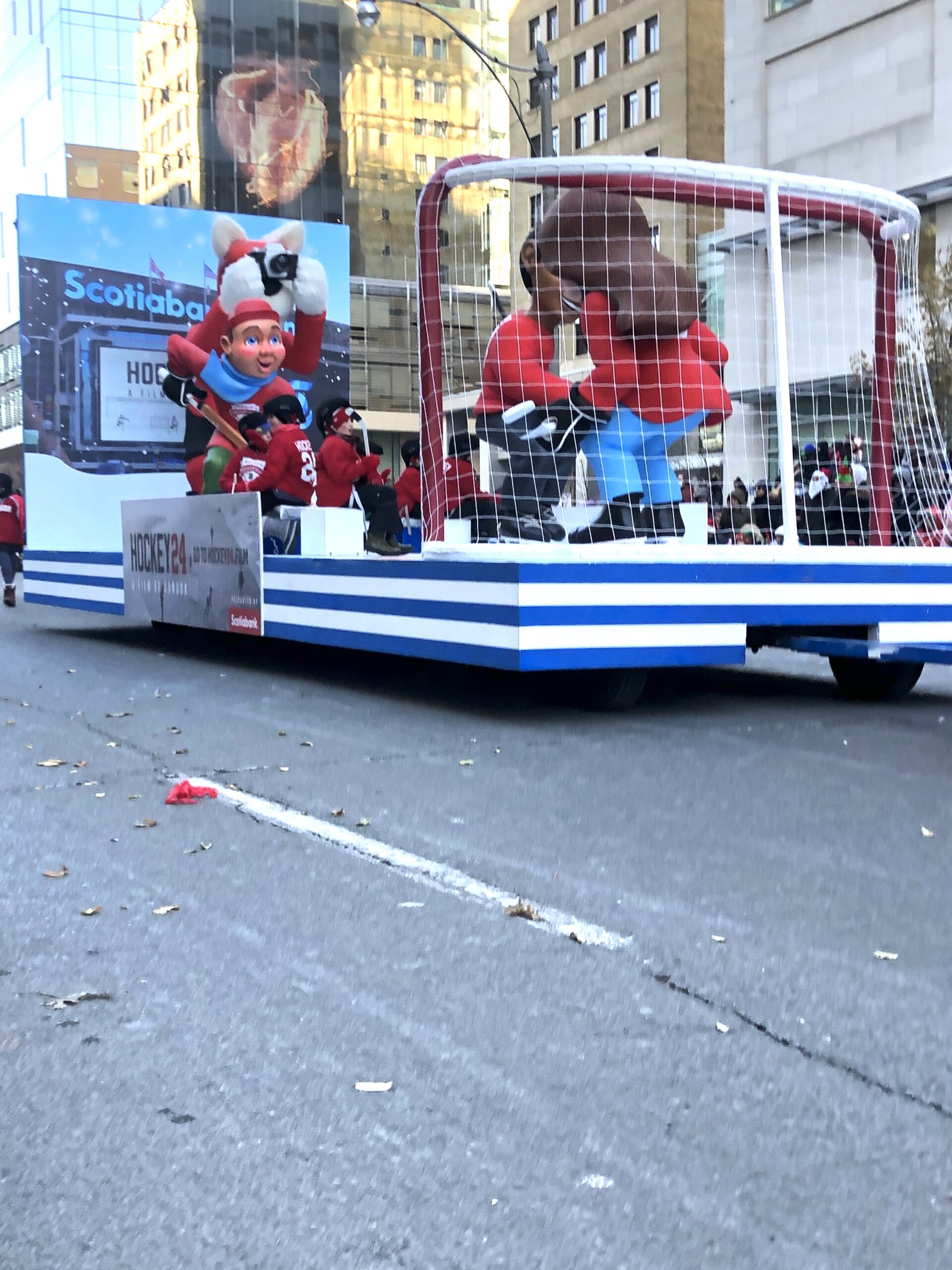 If you want to plan a staycation for you, and your family at the Chelsea Hotel, visit their website here!

Disclaimer: Thanks so much to the Chelsea Hotel, Toronto for hosting us. Also a special thanks to the Santa Claus Parade for the VIP passes! 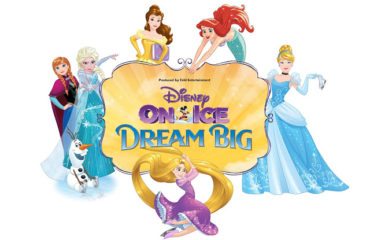 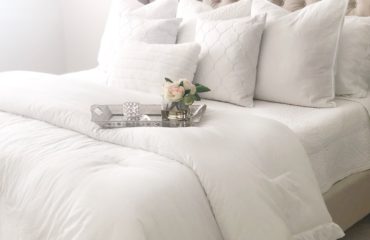 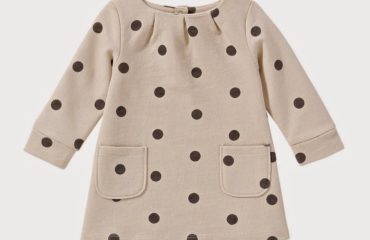 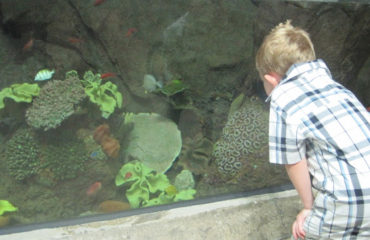