When we were on our family vacation in Naples, Florida early this month, we decided to take the kids on a day trip to Sarasota.  My in-laws have a condo in Naples, so we are very lucky we get to go every year. Since we go for a longer period of time, ( around 2 1/2 weeks) we always like to take the kids somewhere for a day or two to see something different. Last year we took the kids to Disney. This year, we decided to go to Sarasota.

First on our list when we got to Sarasota, was to visit to the Mote Aquarium! If you are traveling with children, this place is a must see! 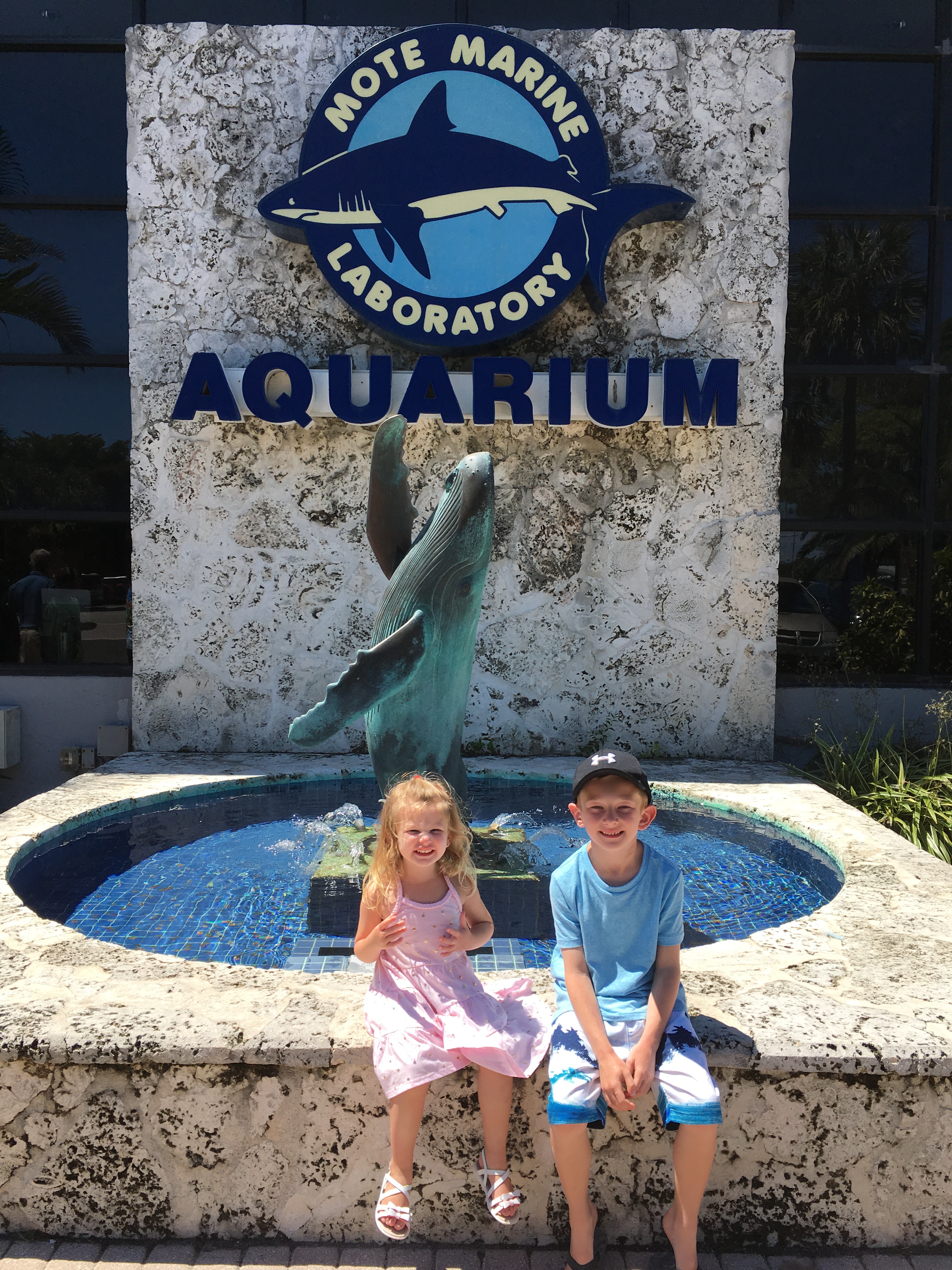 We started at the ” Creatures from the Reef” exhibit, where we got to see so many colourful creatures that live in the Florida Reefs. Everything from french angelfish, to coral reefs, to jellyfish! 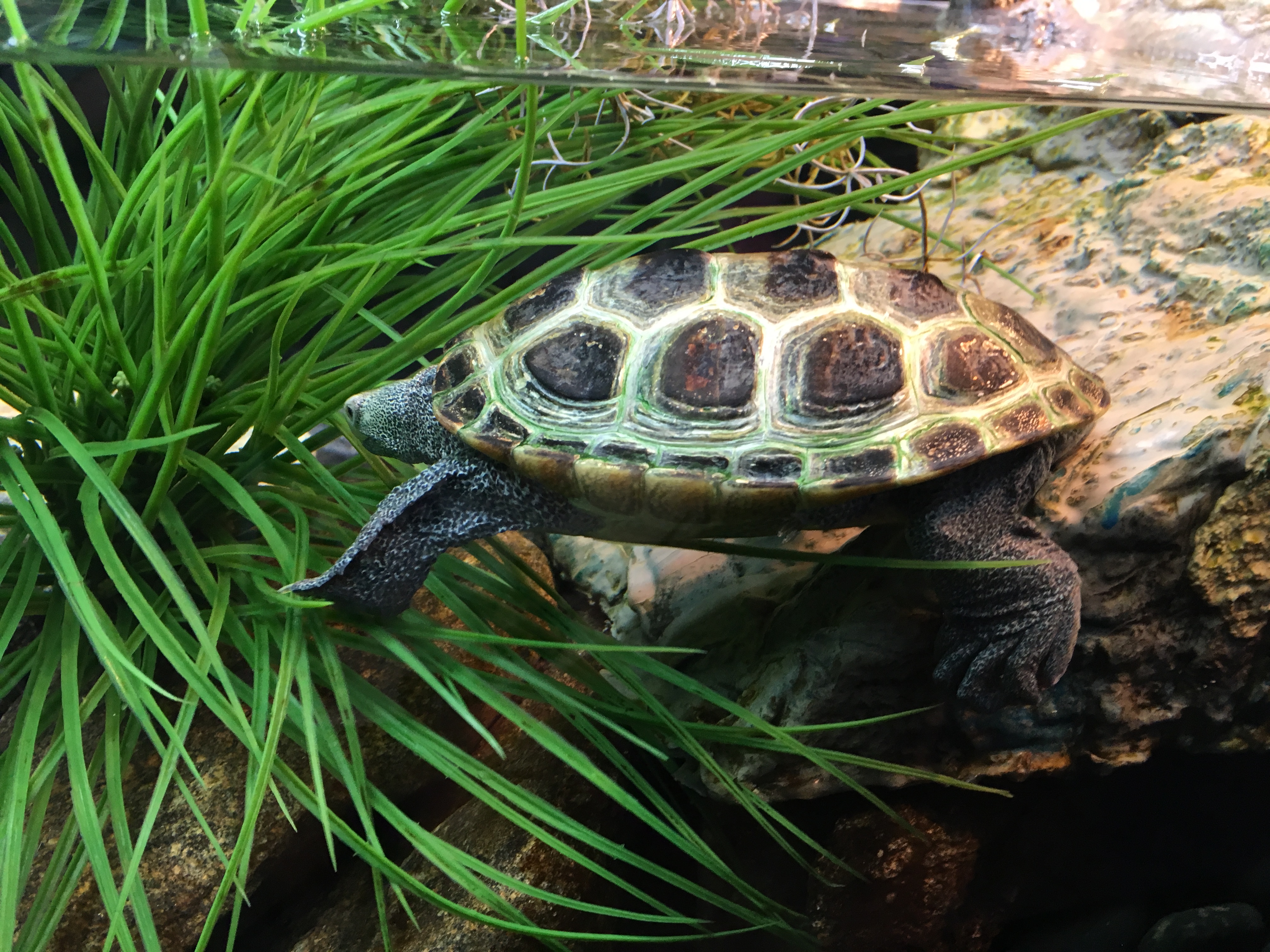 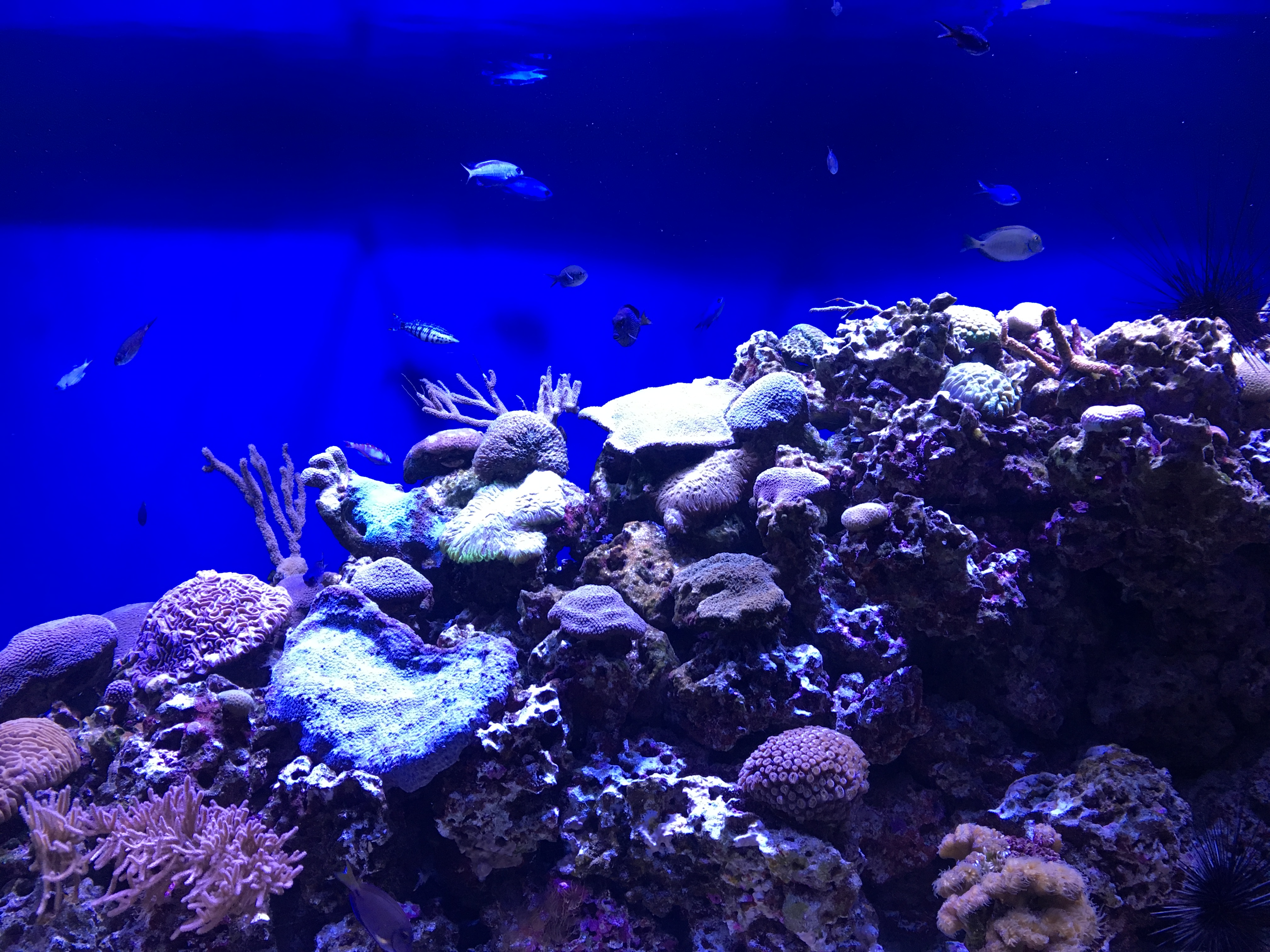 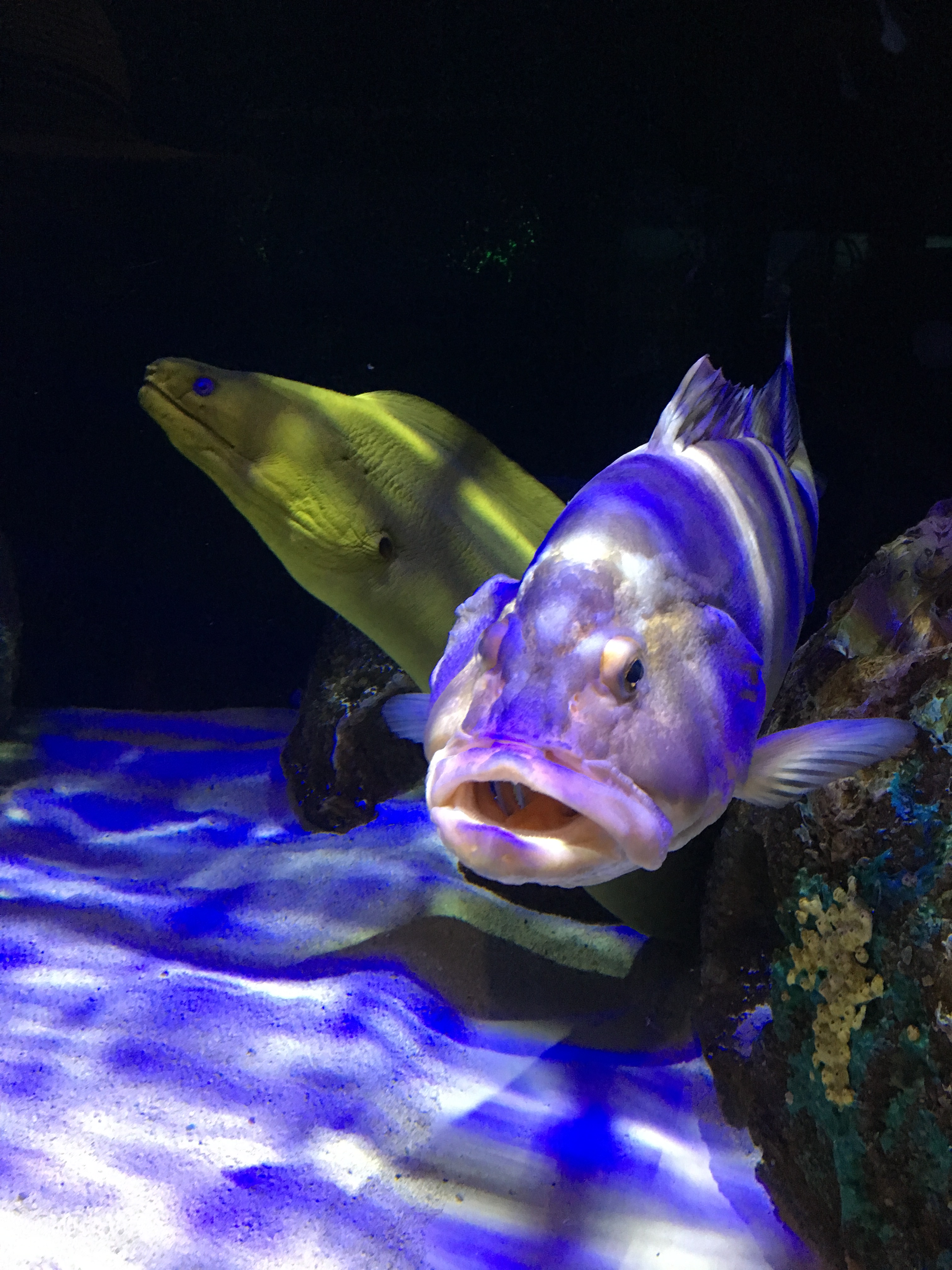 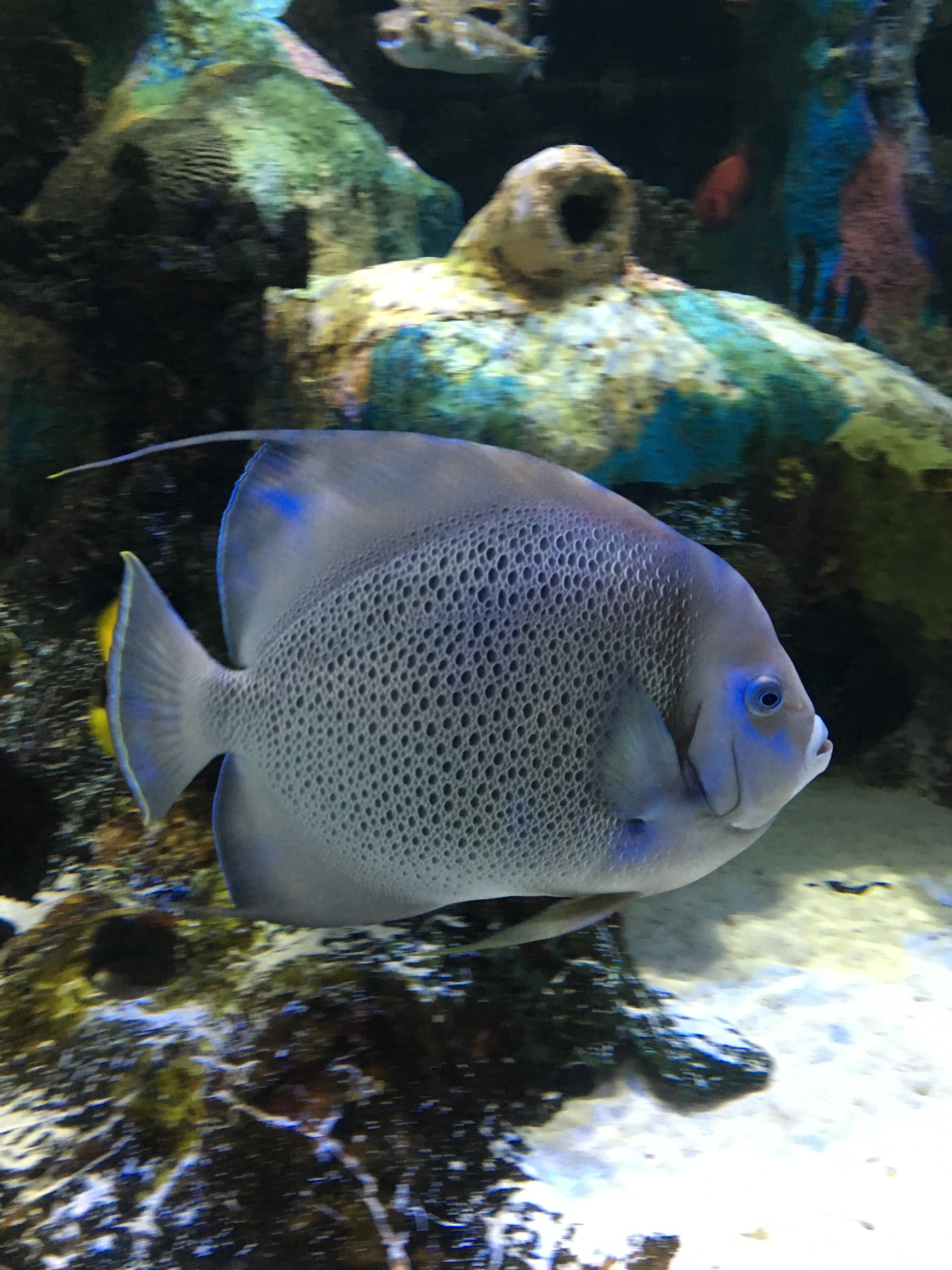 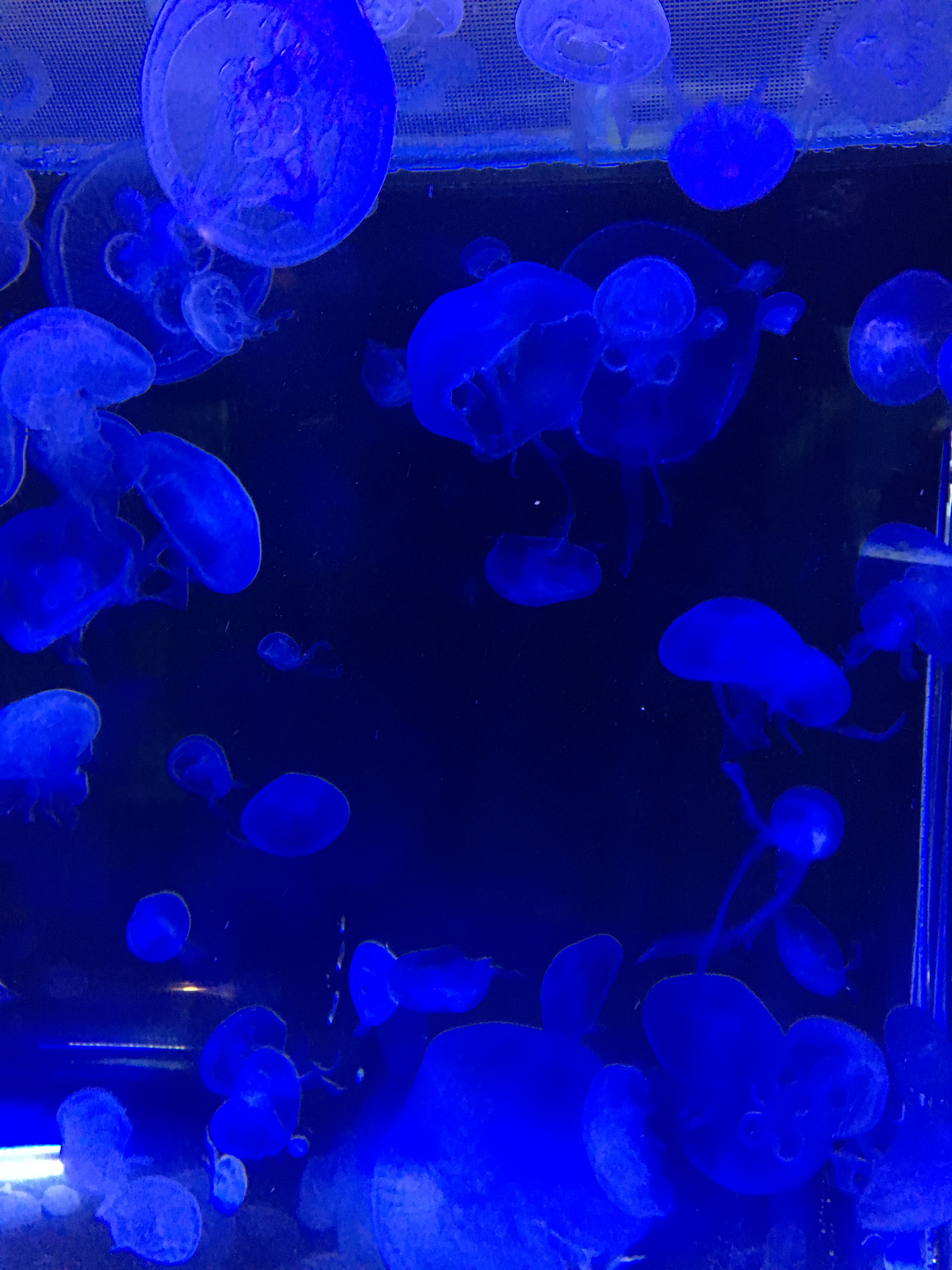 The “Florida Bay Habitats” exhibit I actually found very interesting. I learned that about 70% of the fish in tropical, and subtropical waters (like in Southwest Florida) are either born, or grow up in rivers that meet the sea. In this exhibit, we got to see cowfish, filefish, puffers, and striped burr fish.  They also had a “Grassflats” exhibit where we saw how animals such as the horseshoe crab, sea stars, and sea urchins hide, and live within seagrass blades. 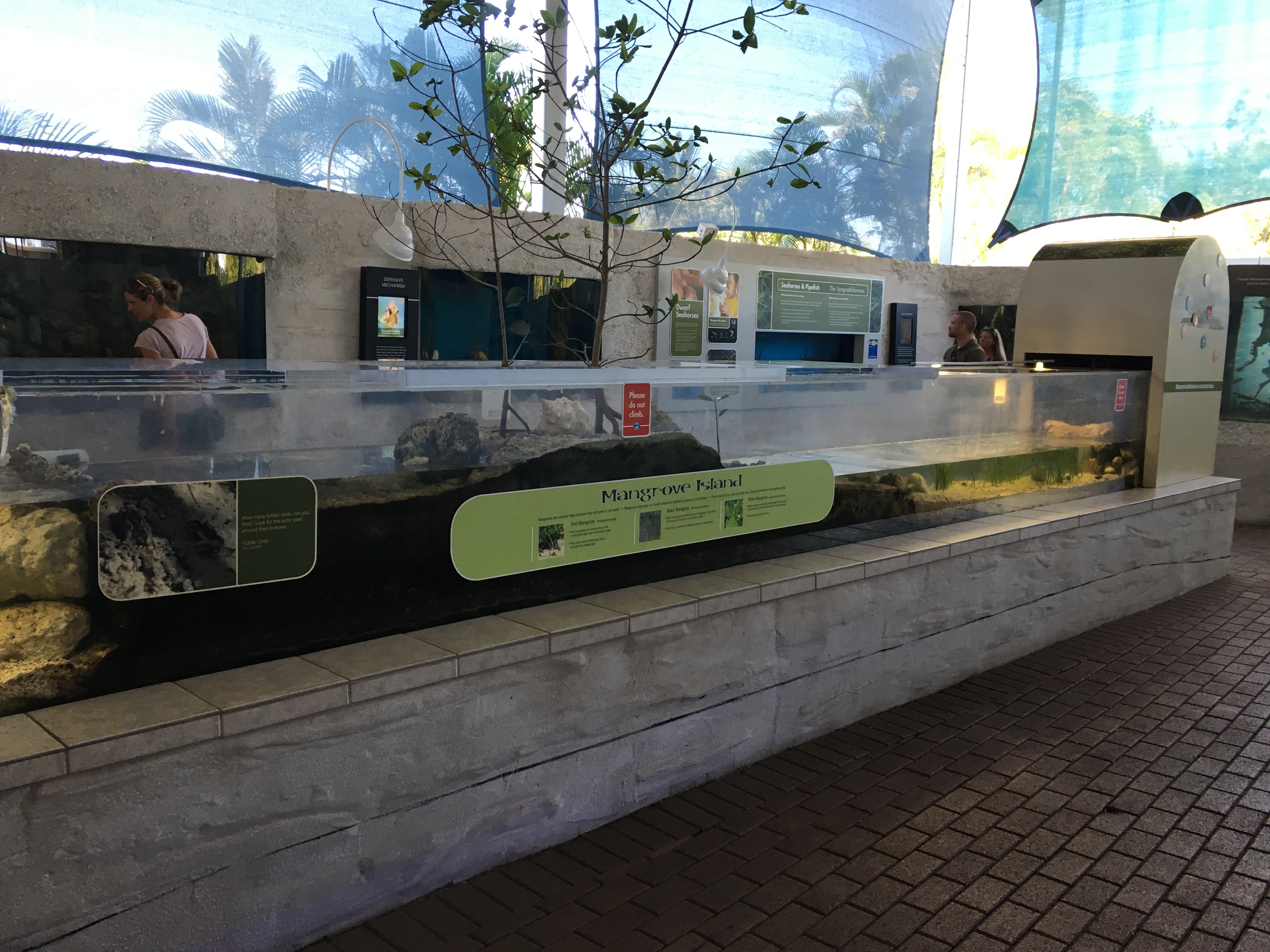 My son’s favourite exhibit of course was ” Shark Zone.” He just loves sharks! They have a 135,000 gallon Shark Habitat which you can view from above, or below filled with sharks, Florida game fish, and the world’s largest grouper species- the goliath grouper! We probably spent most of our time at this exhibit. Our son just didn’t want to leave. He just wanted to sit, and watch the sharks swim all day.

On Monday, Wednesday, and Friday they have a special narrated training session that takes place at 11 am. It allows you to learn how they care for some of the ocean’s top predators, and the training methods they use to keep the sharks healthy. Also, just on Wednesday’s during the narrated training session for an added fee, you can help FEED THE SHARKS! (click here for more details) 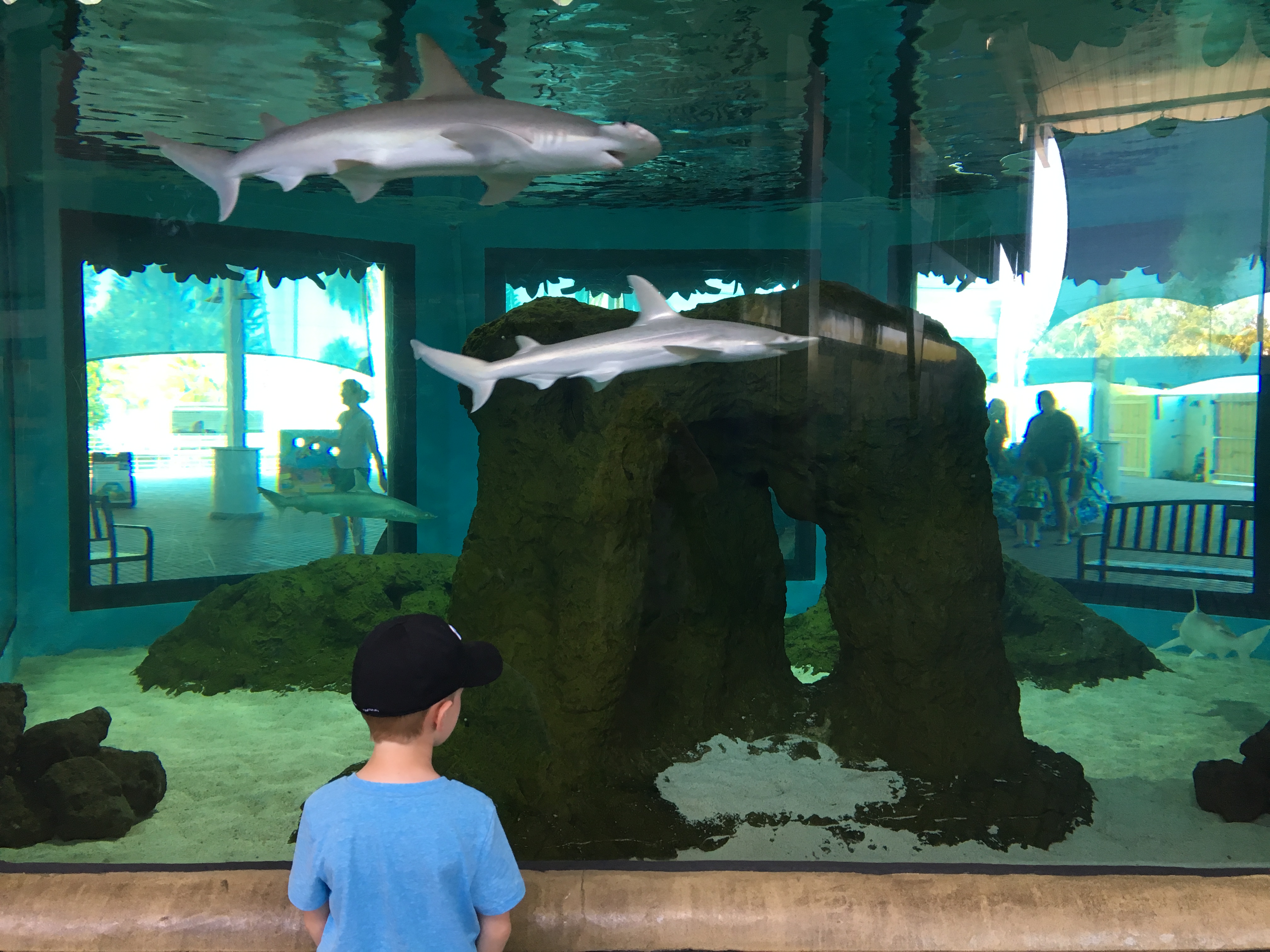 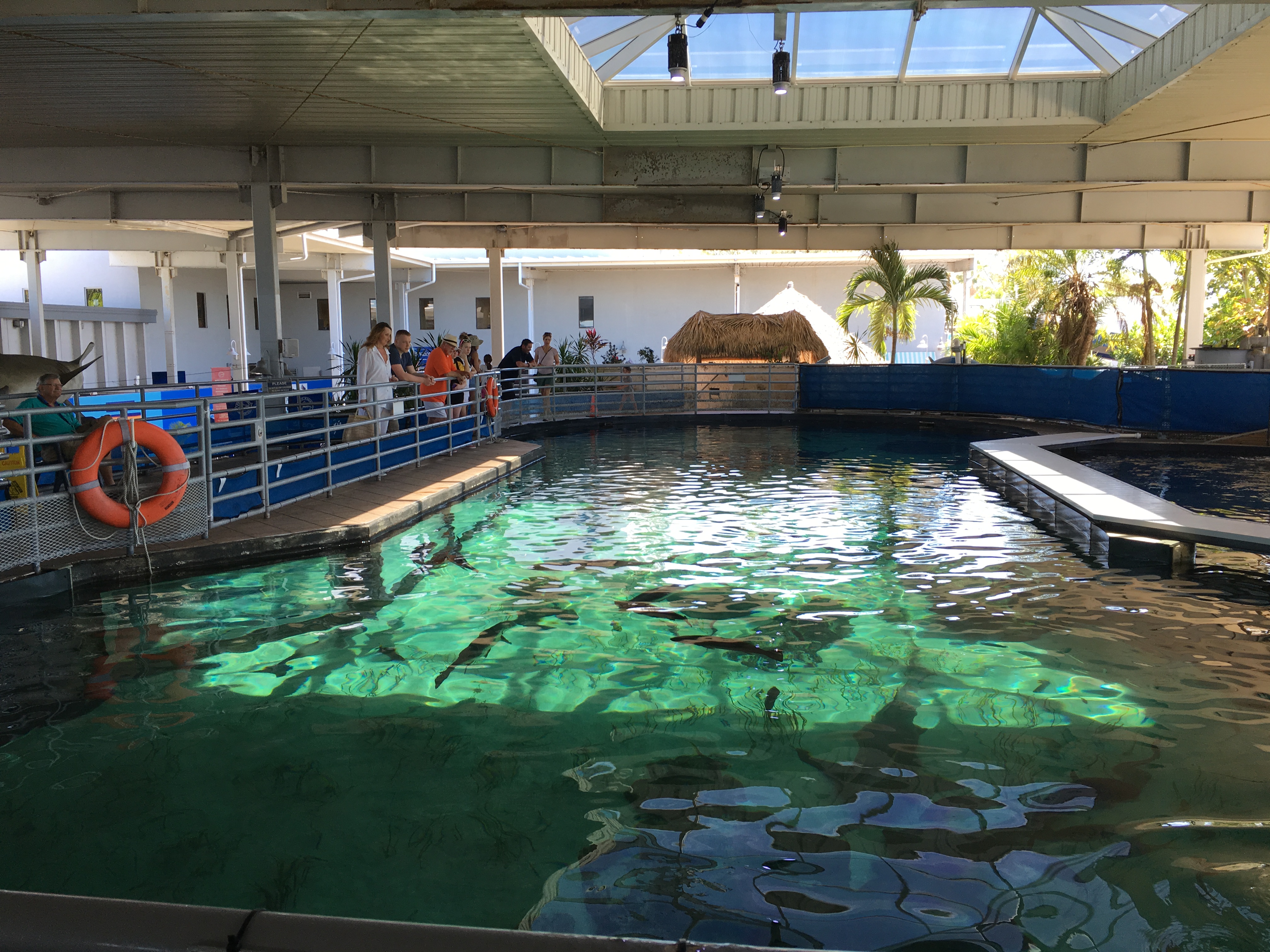 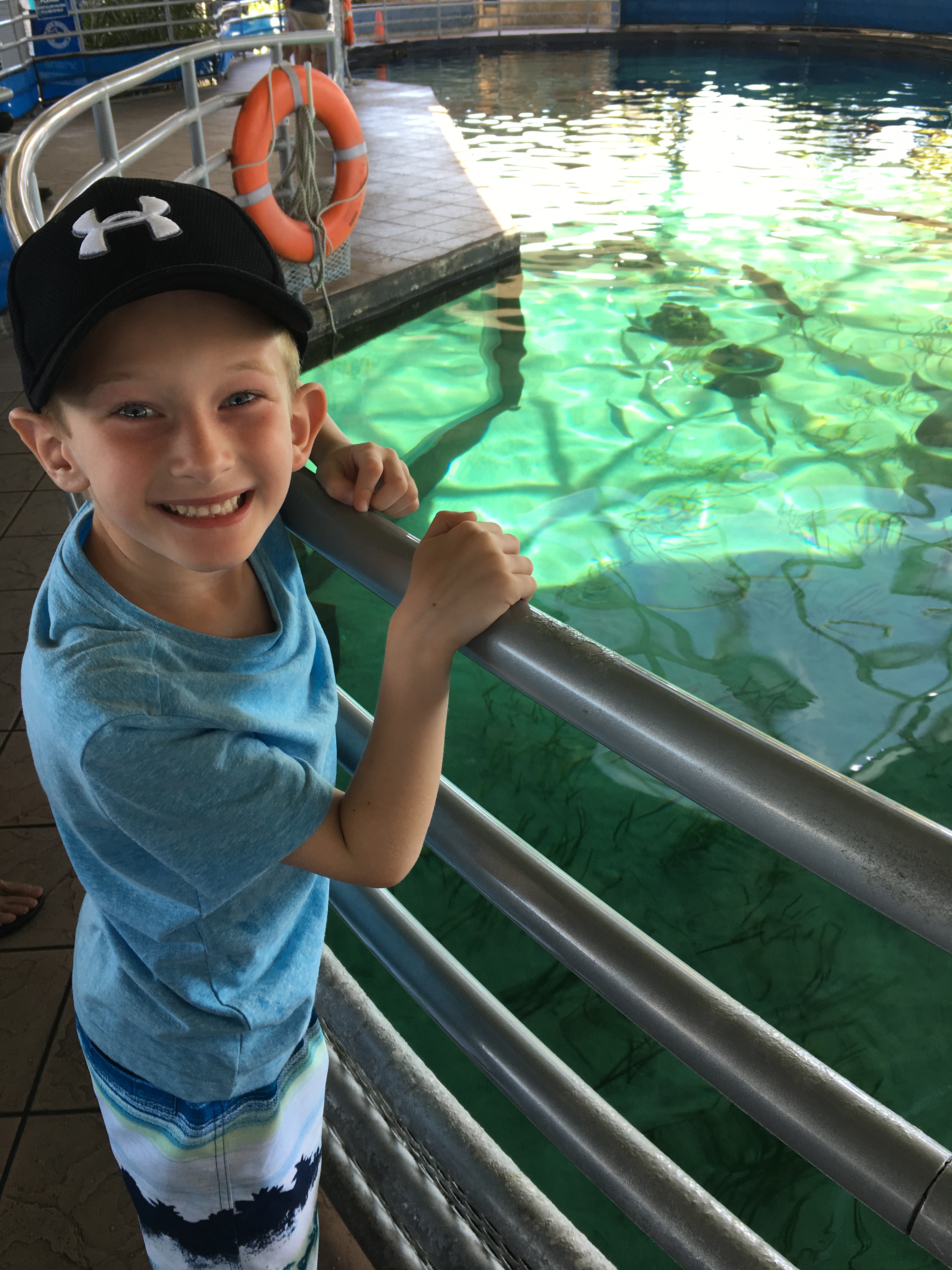 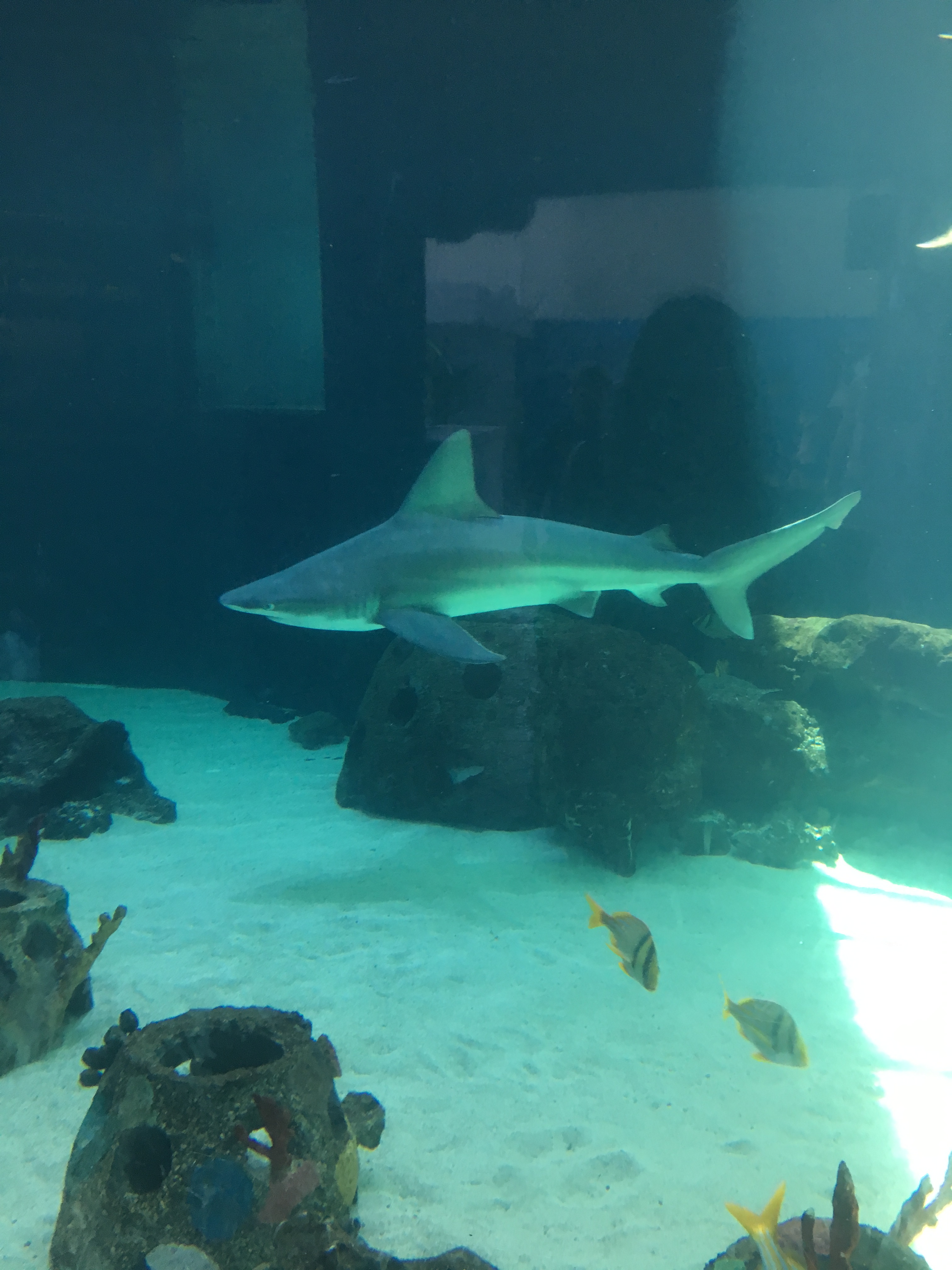 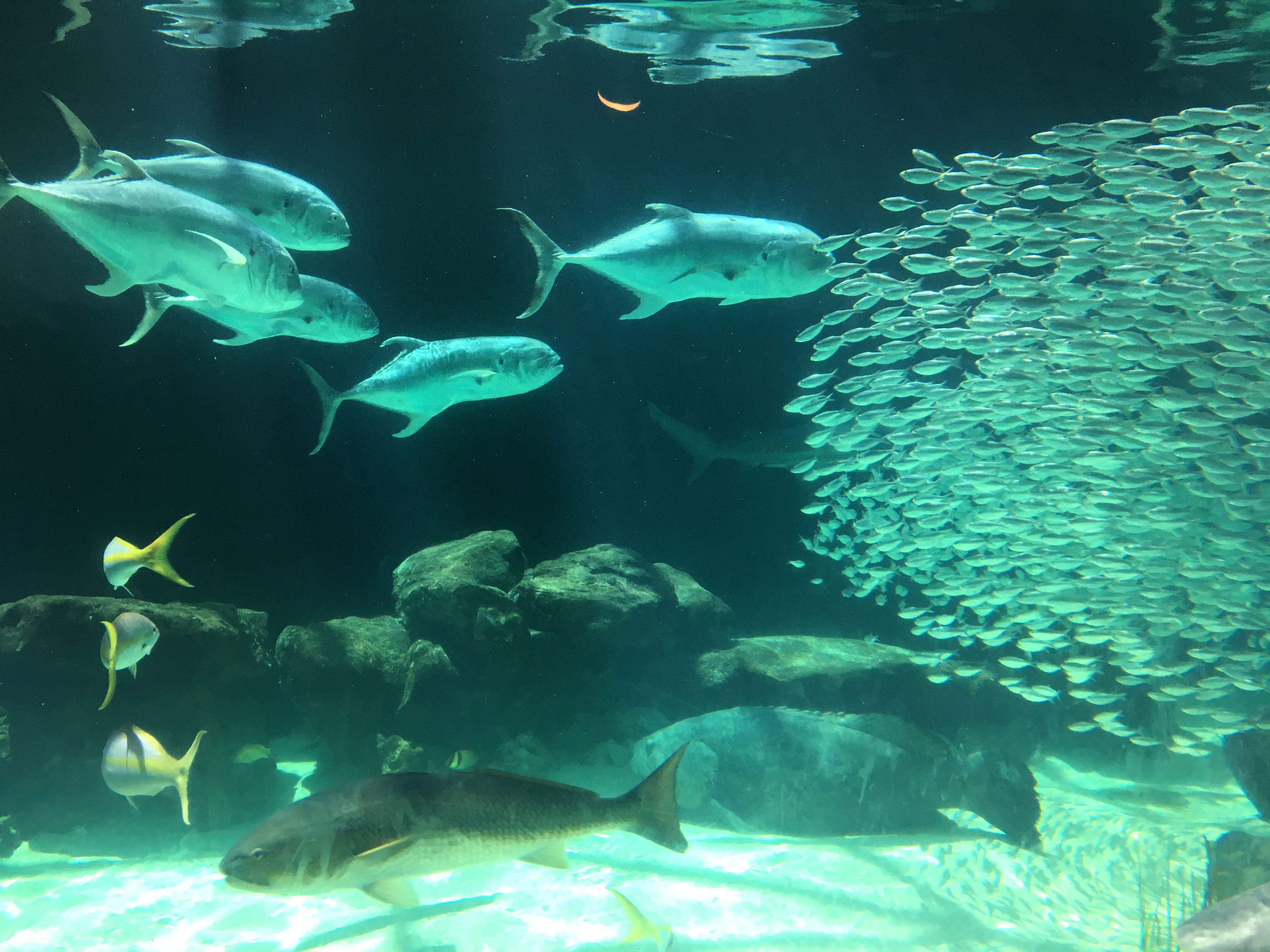 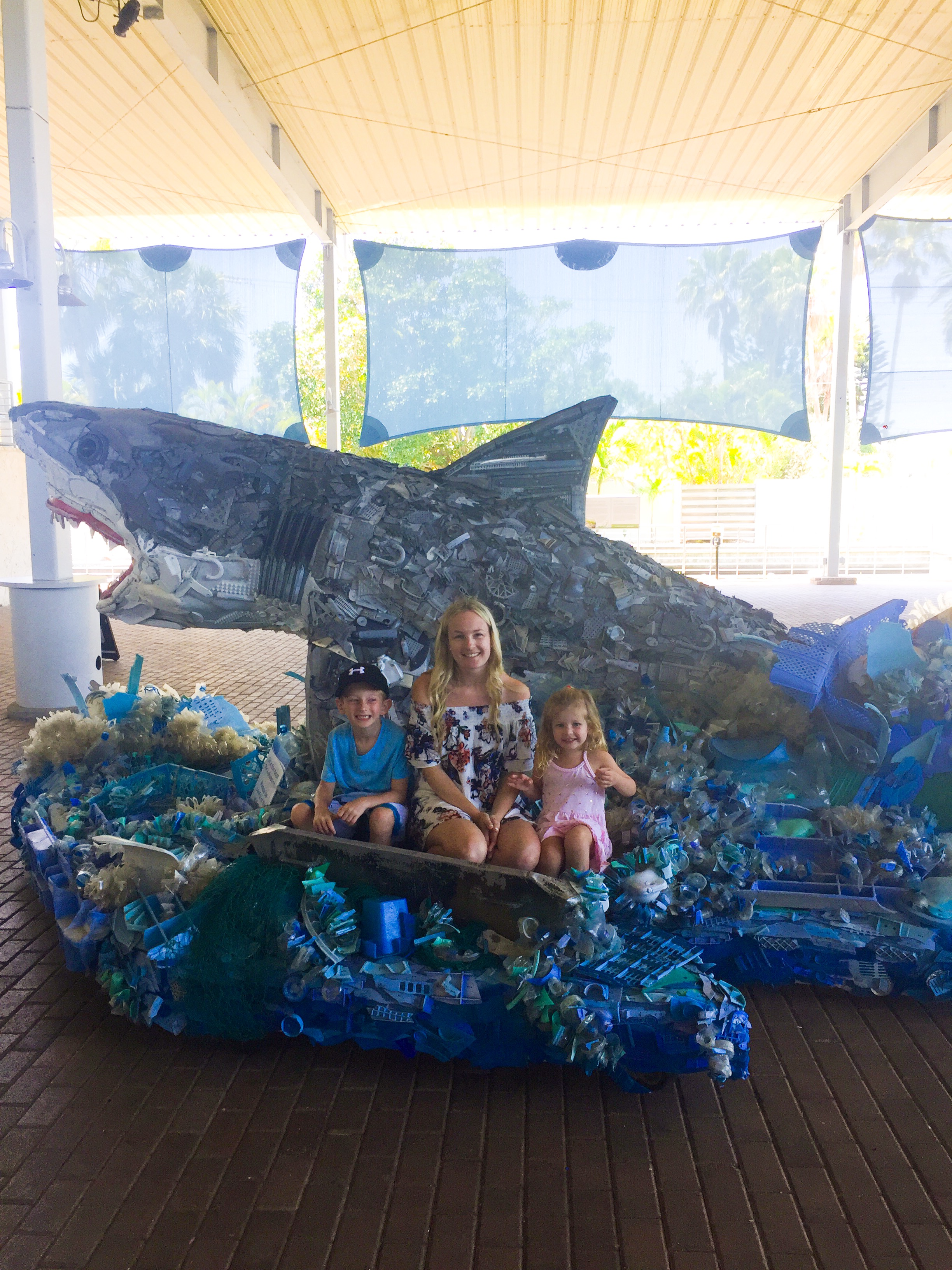 Connected to the “Shark Zone” exhibit, was the Ray Tray touch pool where you can touch, and feel Stingrays! My daughter loved this section!! The pool was nice and low for her to get her hand out and touch the stingrays on her own. I think we all had a really fun time at this exhibit. It was pretty neat to do.  The stingrays were so soft, and gentle. 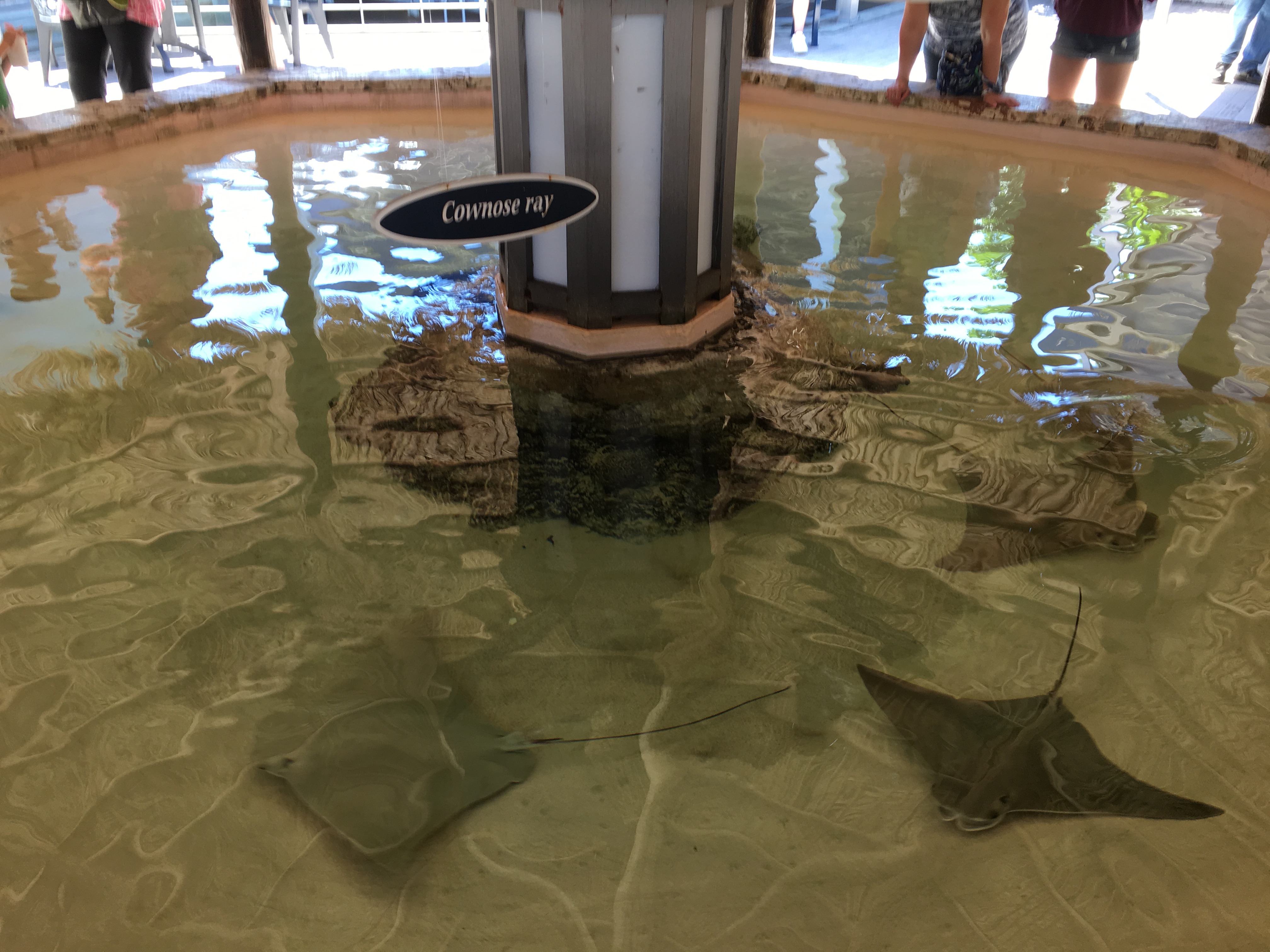 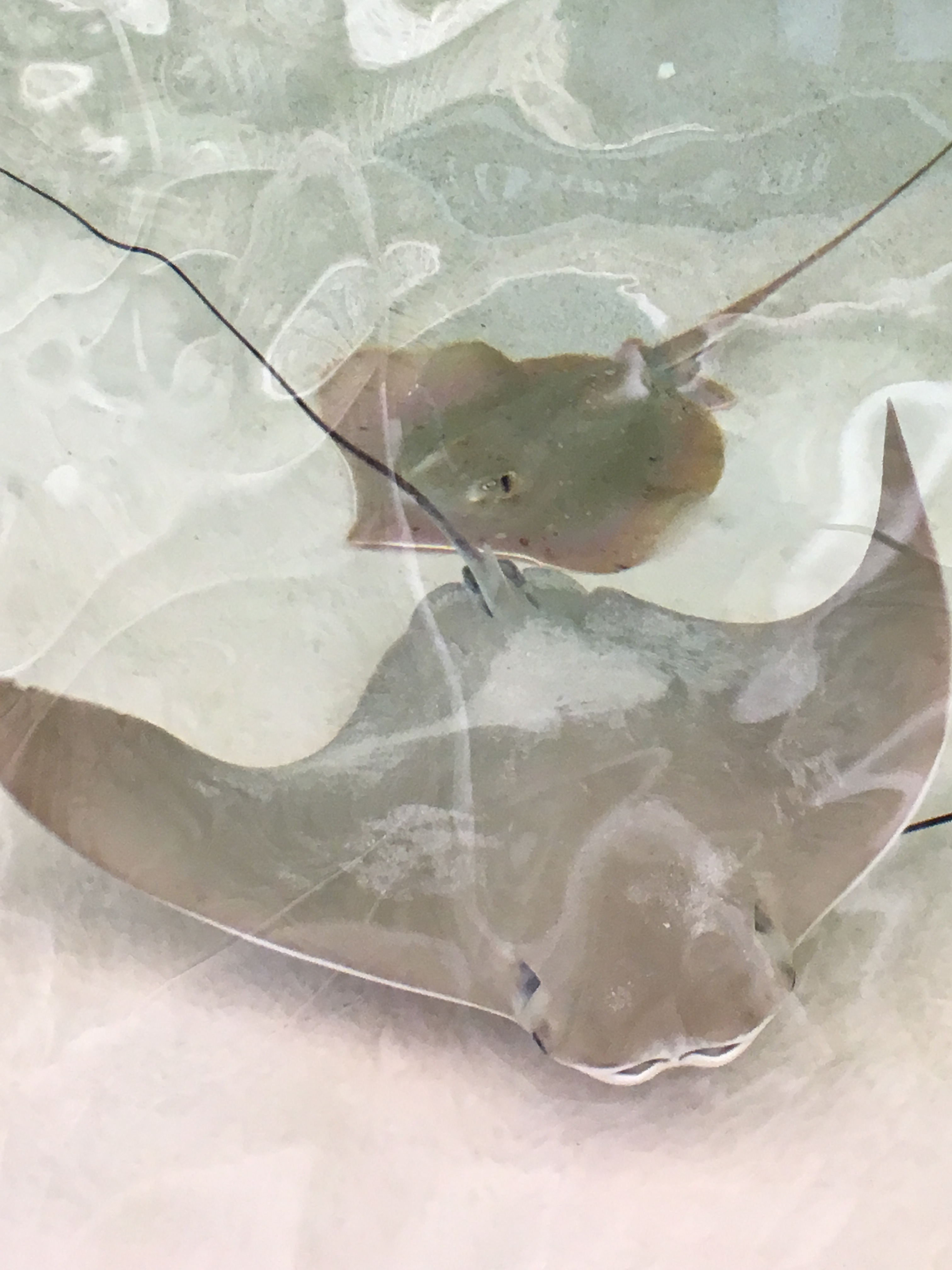 Also connected to the “Shark Zone” was this ” touch & feel” station. Kids we able to put their hands in the water to feel some creatures that are found in the ocean. They were able to feel the sand, starfish, shells etc. 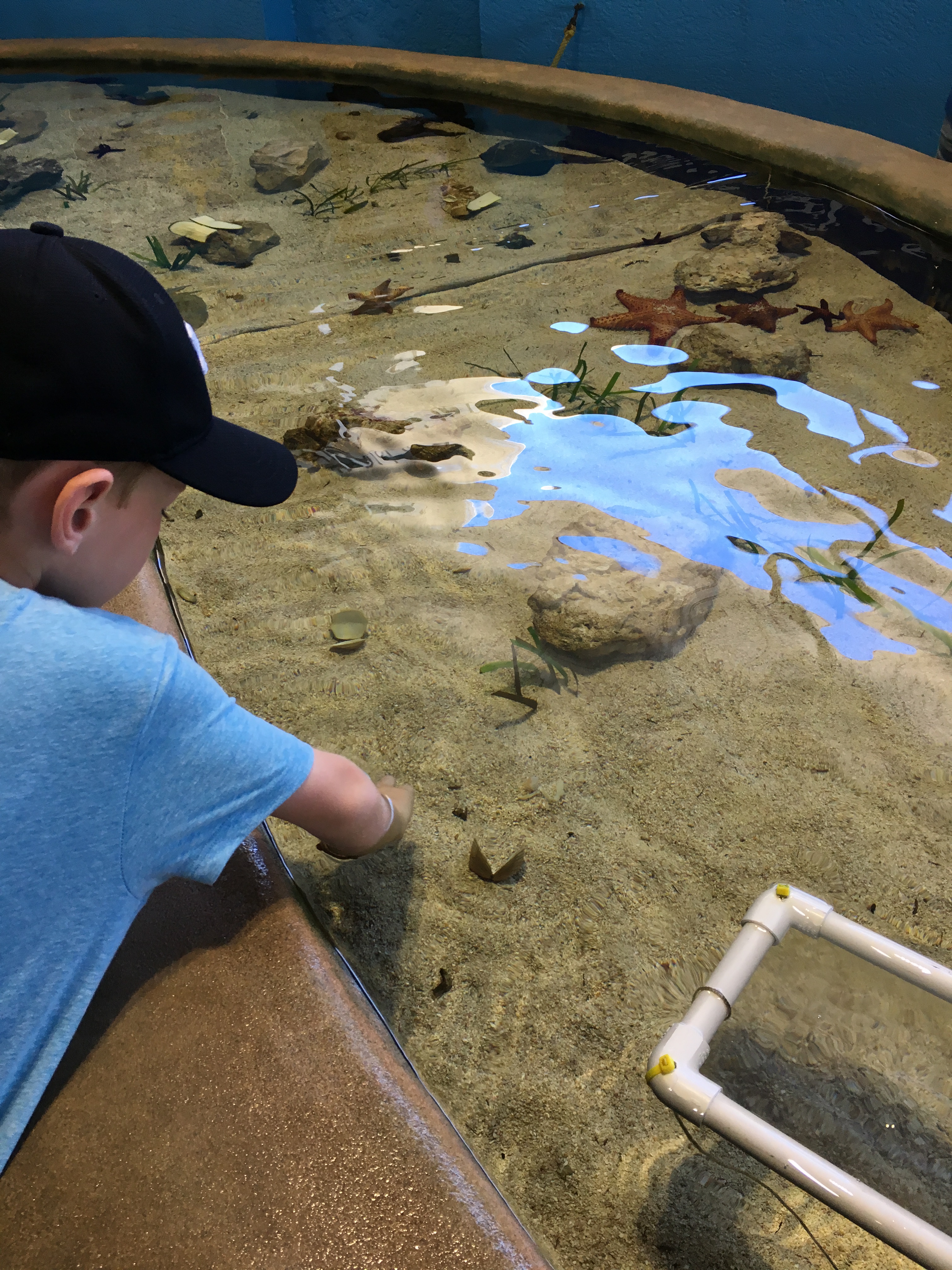 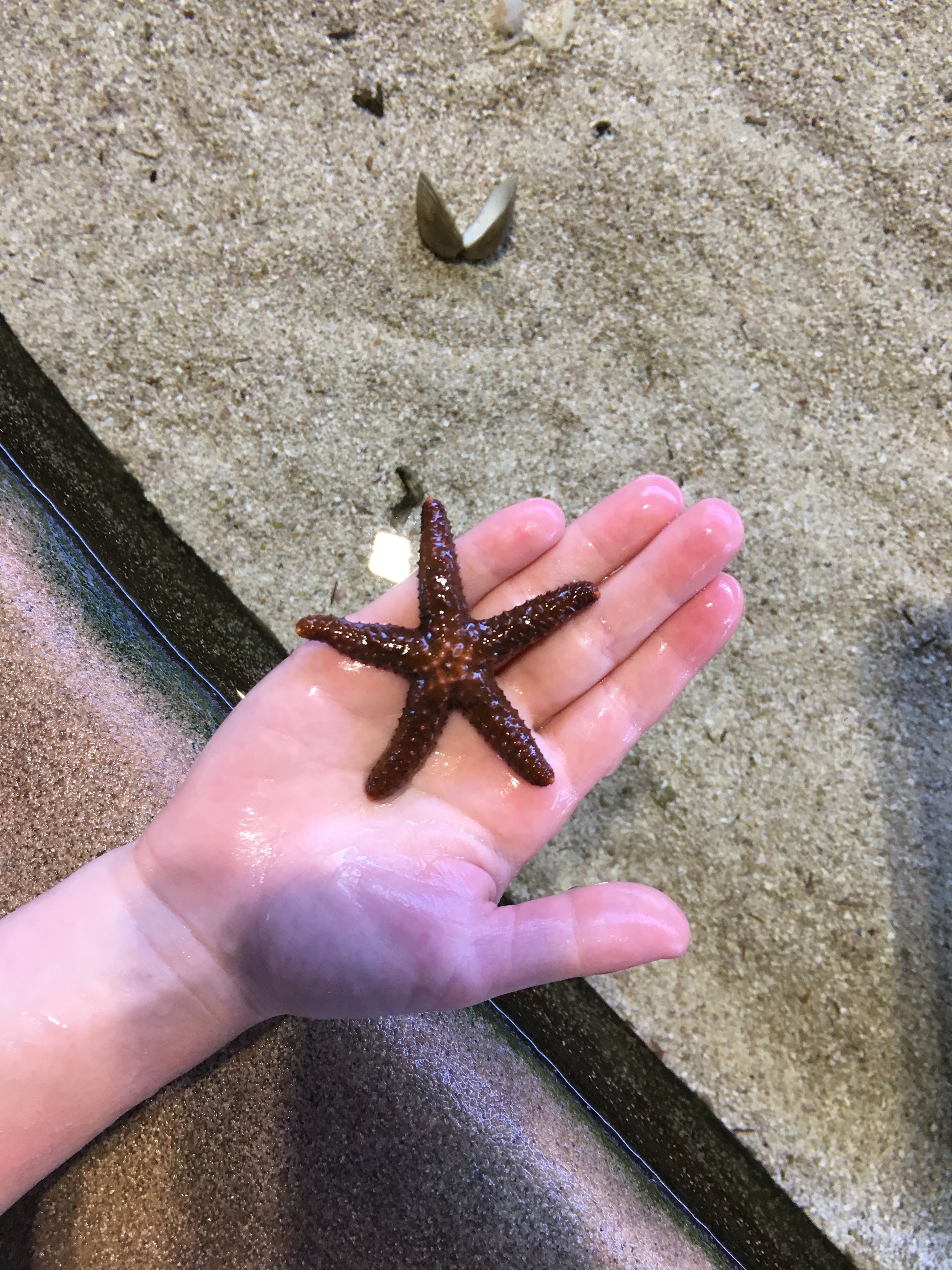 The “Sea Turtles” exhibit is located in another building, but its walking distance from the main building.  We actually were there just in time for the daily presentation where we got to learn about the Sea Turtles, and watch them get fed. One of the turtles they fed was named Squirt 2. He was found floating in a Florida river after being struck by a boat propeller, and wounded. Because of his injury, Florida wildlife deemed him non-returnable, which allowed Mote to display him, and provide long-term care to him. 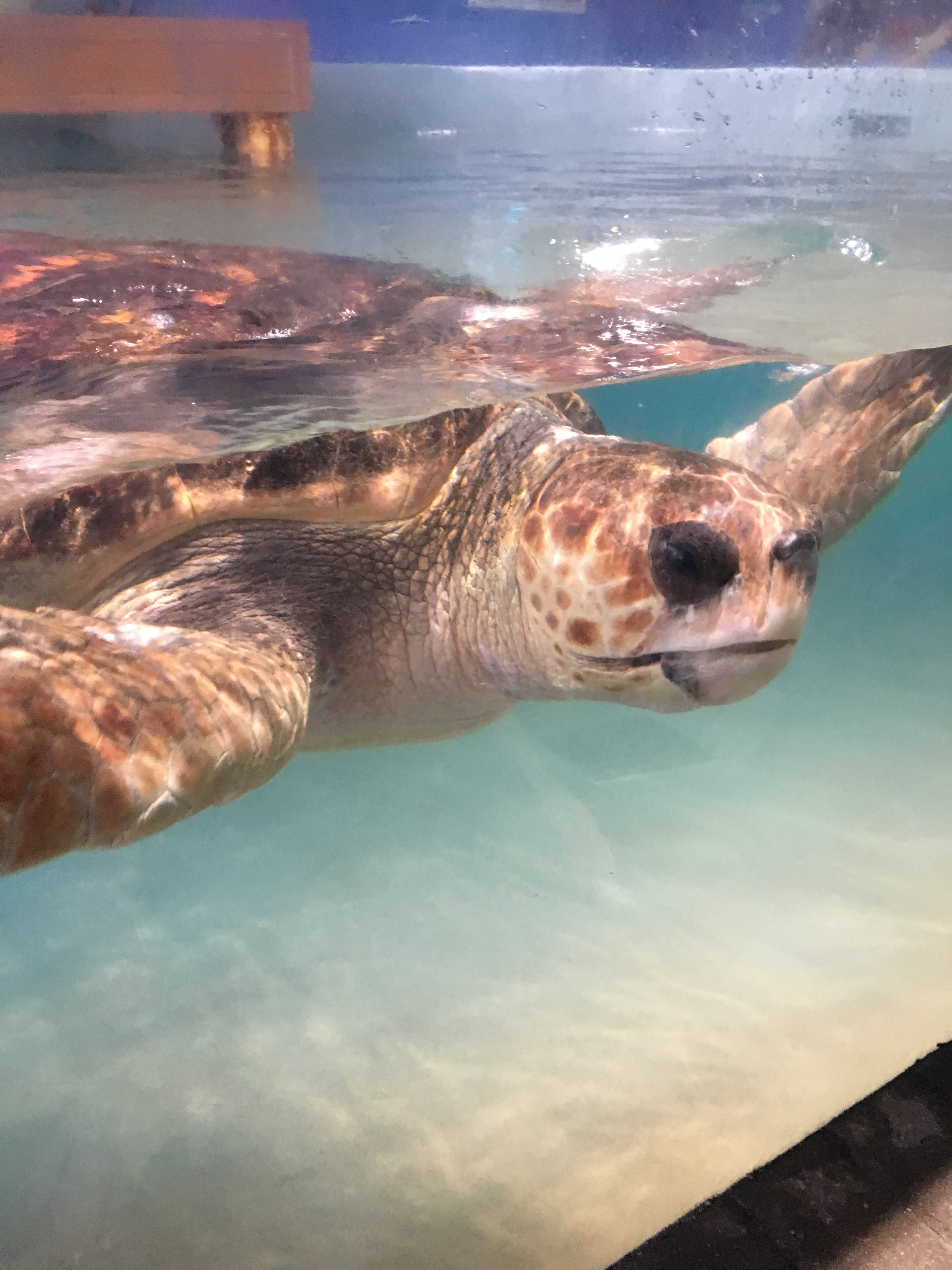 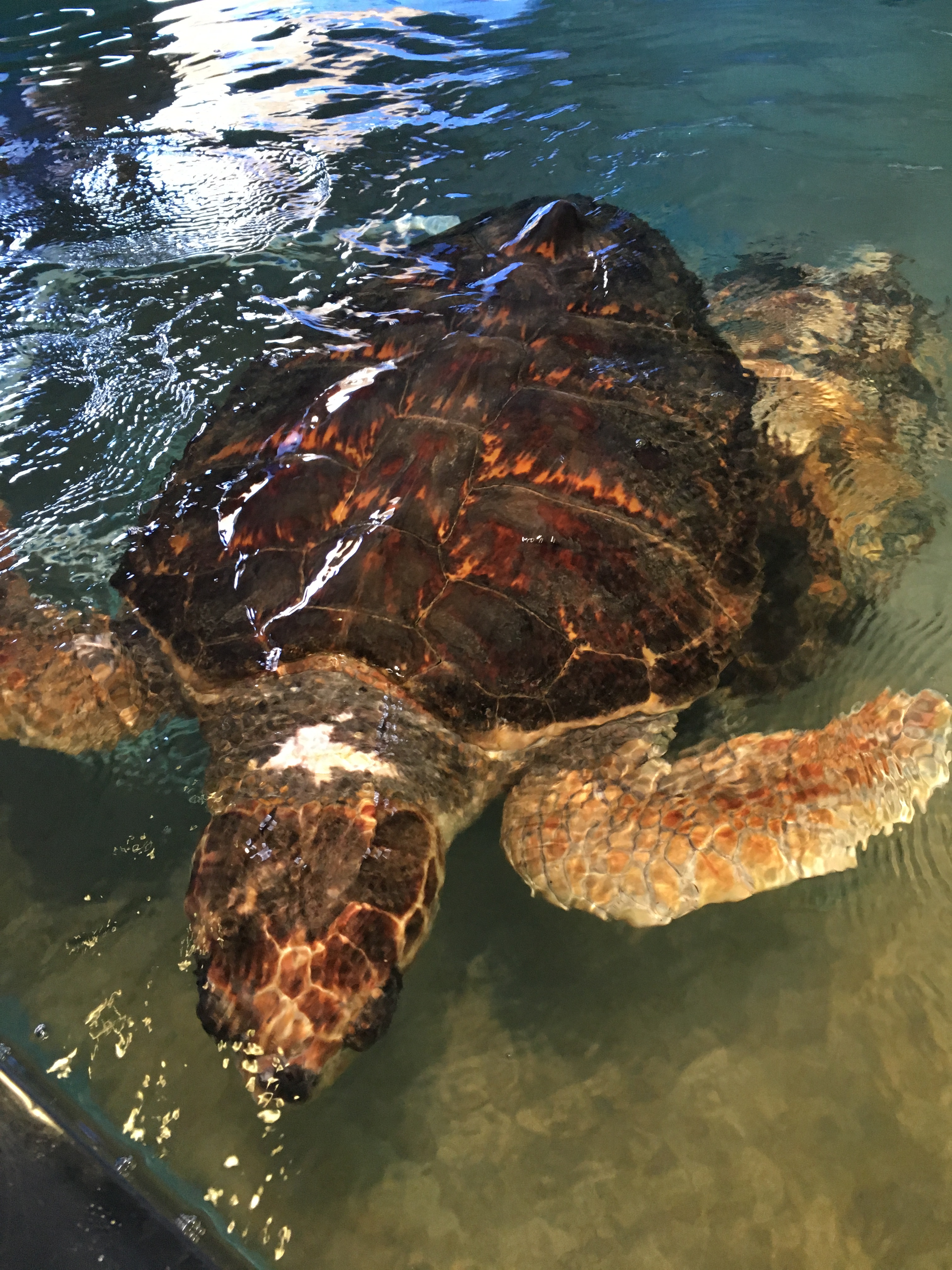 Once we got to the “Manatee” exhibit, we were lucky enough to see them being fed as well. The 2 Manatees named Hugh & Buffett, eat 72-84 heads of romaine lettuce every single day! 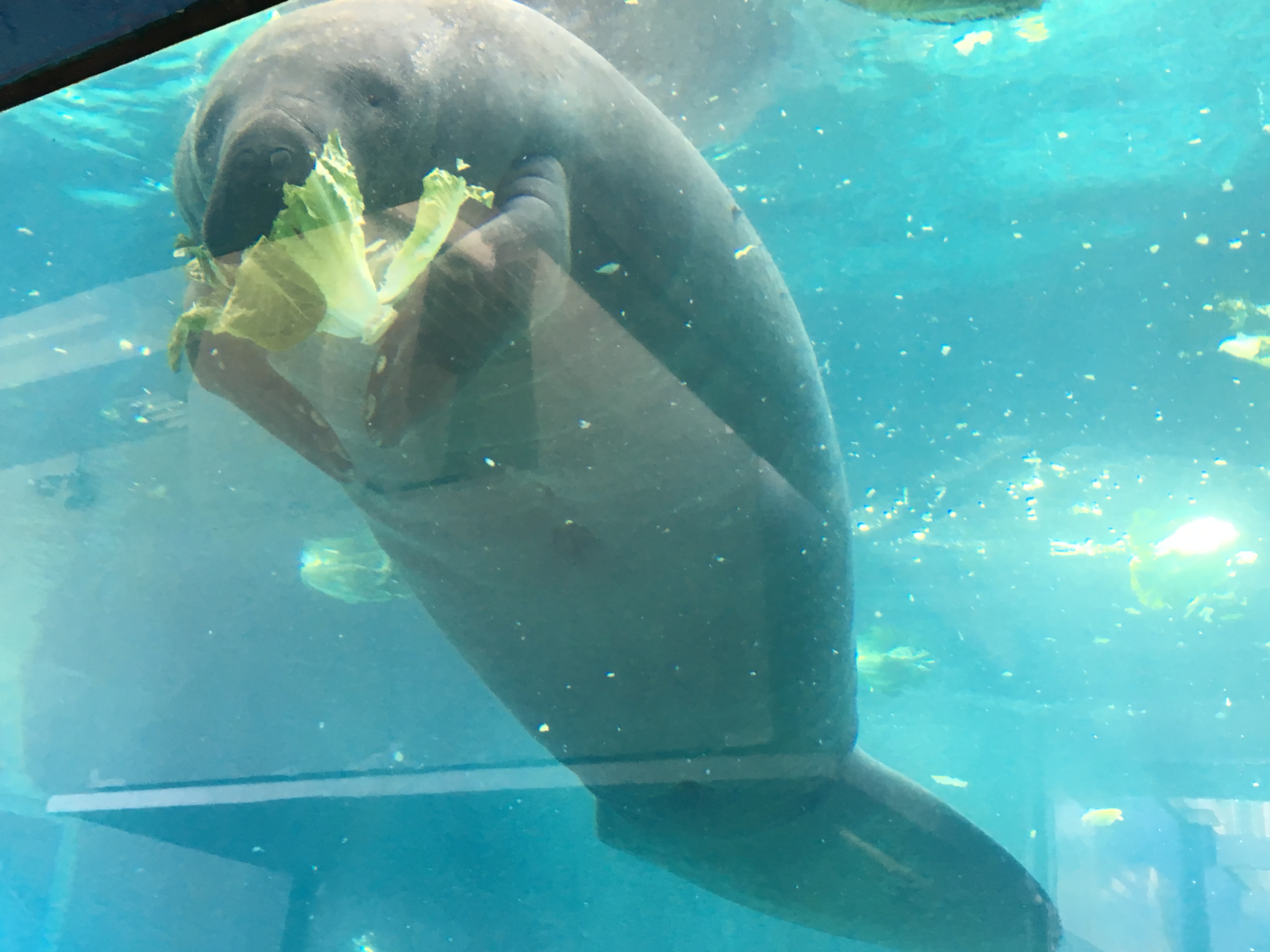 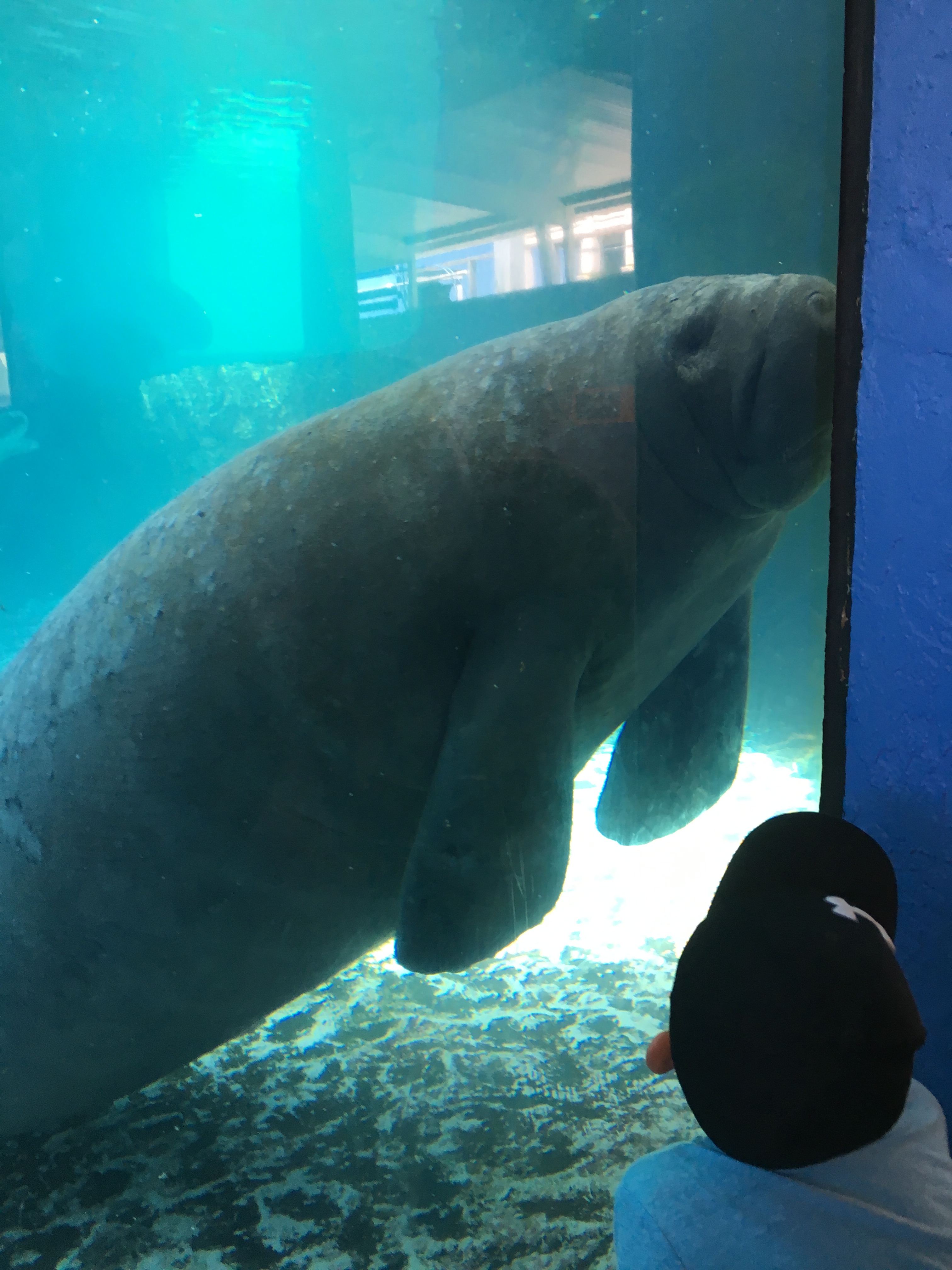 Finally the last 2 exhibits we saw during our visit to Mote Aquarium were the Gators, Crocs, Caimans, and the Otters. It was so fun to watch the otters. They were so active. They would take turns going down a slide, and then playing around in the water. There were 3 otters in total named Jane, Pippi & Huck. 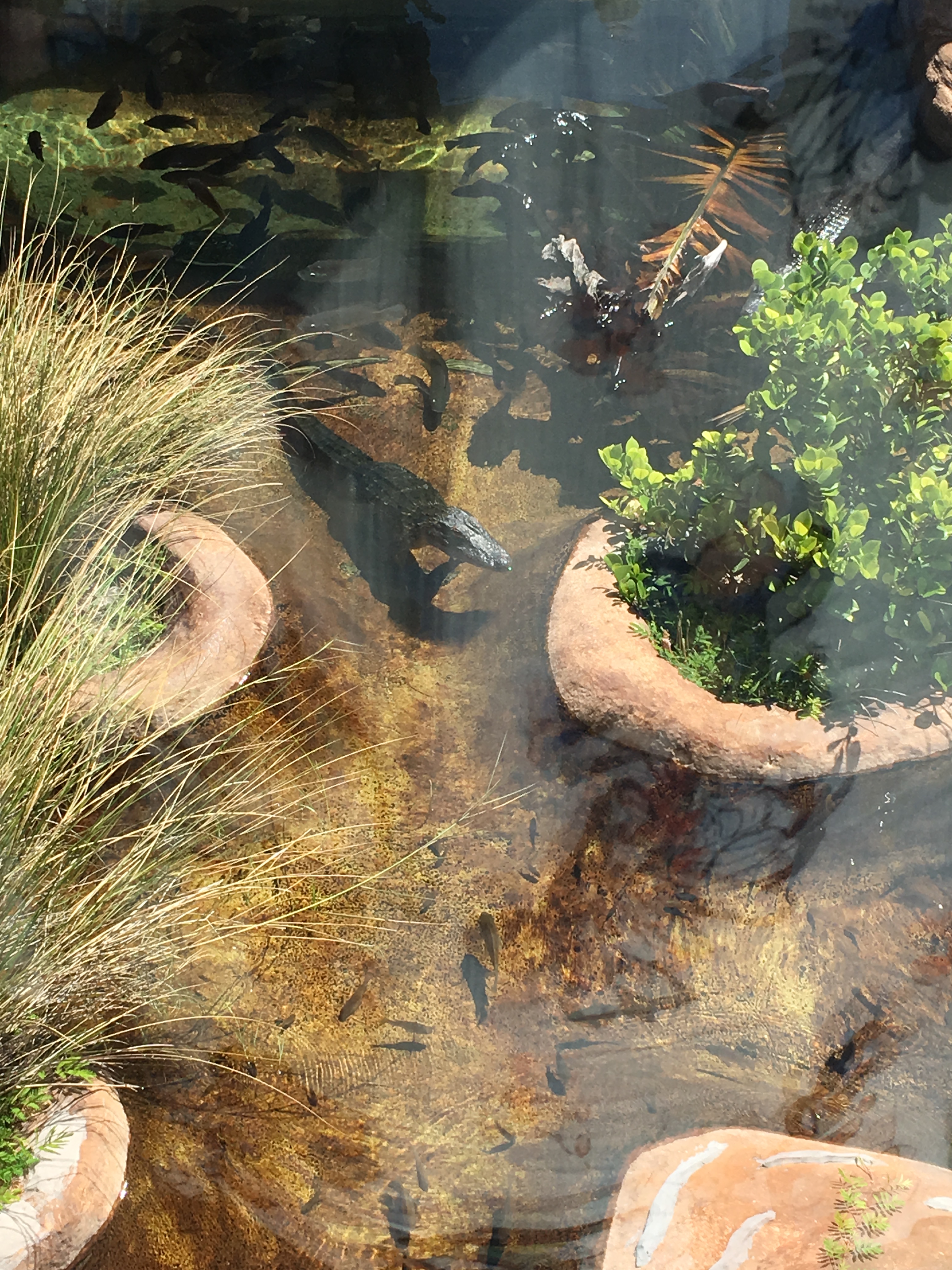 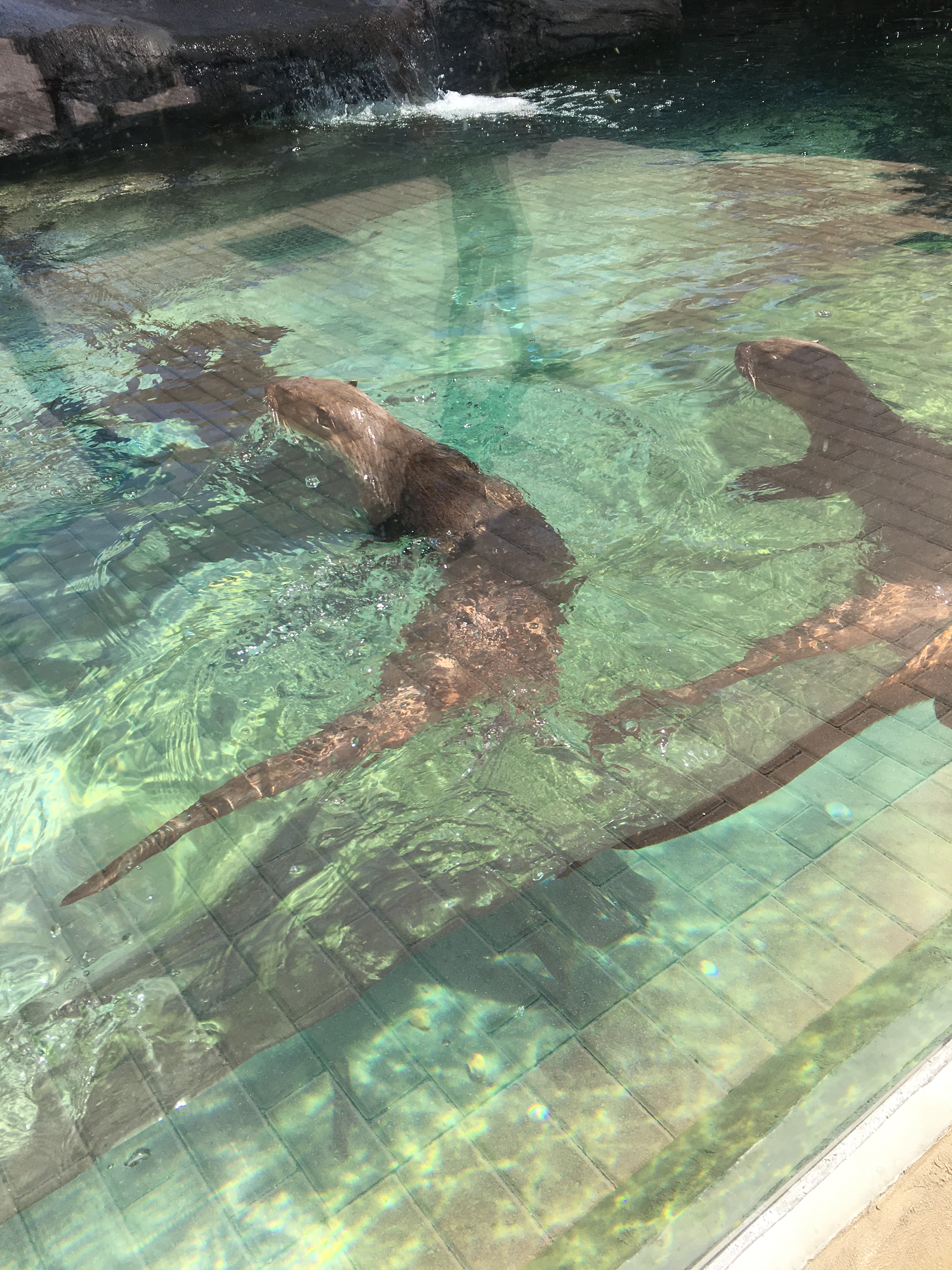 Besides the “Shark Encounter” experience, they have many others such as “Breakfast with the Sharks”, “Seahorse Lab Tour”, “Morning Rounds” etc. For a complete list of all the experiences, check out their website here.

There is so much to see, and do at Mote Aquarium. I definitely recommend visiting if you’re ever planning a trip to Sarasota!

Disclaimer: Thanks so much to Mote Aquarium for partnering with me on this post.

« Smocked Off The Shoulder Floral Dress
Spring is here! » 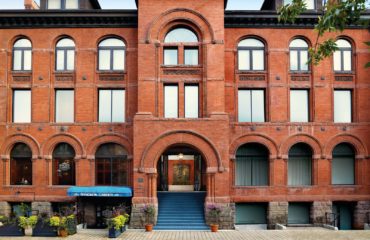 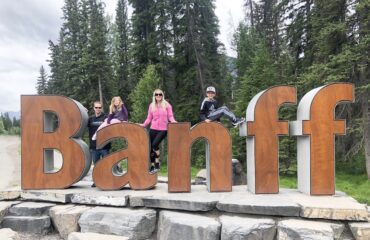 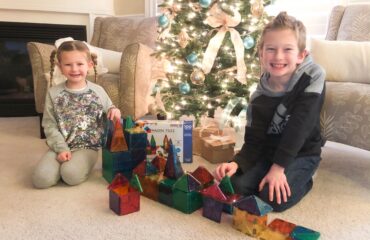 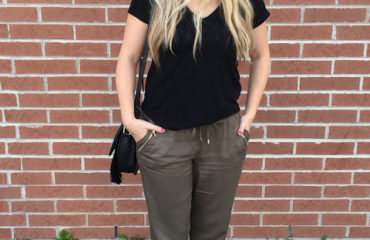